A refit designed for garrison troops, the Urbanmech IICr was as a stop gap upgrade utilised by Clan Snow Raven and later the Raven Alliance; to guard against piracy attacks on their frontier holdings. Trading the traditional IIC armament for a pair of Heavy Large Lasers and enough heat sinks to keep it more or less functional in combat, it is capable of delivering a knockout punch against adversaries far exceeding it’s own weight . The raw fire power of the Heavy Lasers forces the pilot to alternate their firing sequences to minimise heat build up or risk a shutdown. Never a popular mech, it found a new life as a training mech in the Alliance armed forces; teaching sibko the importance of heat management and battlefield awareness. 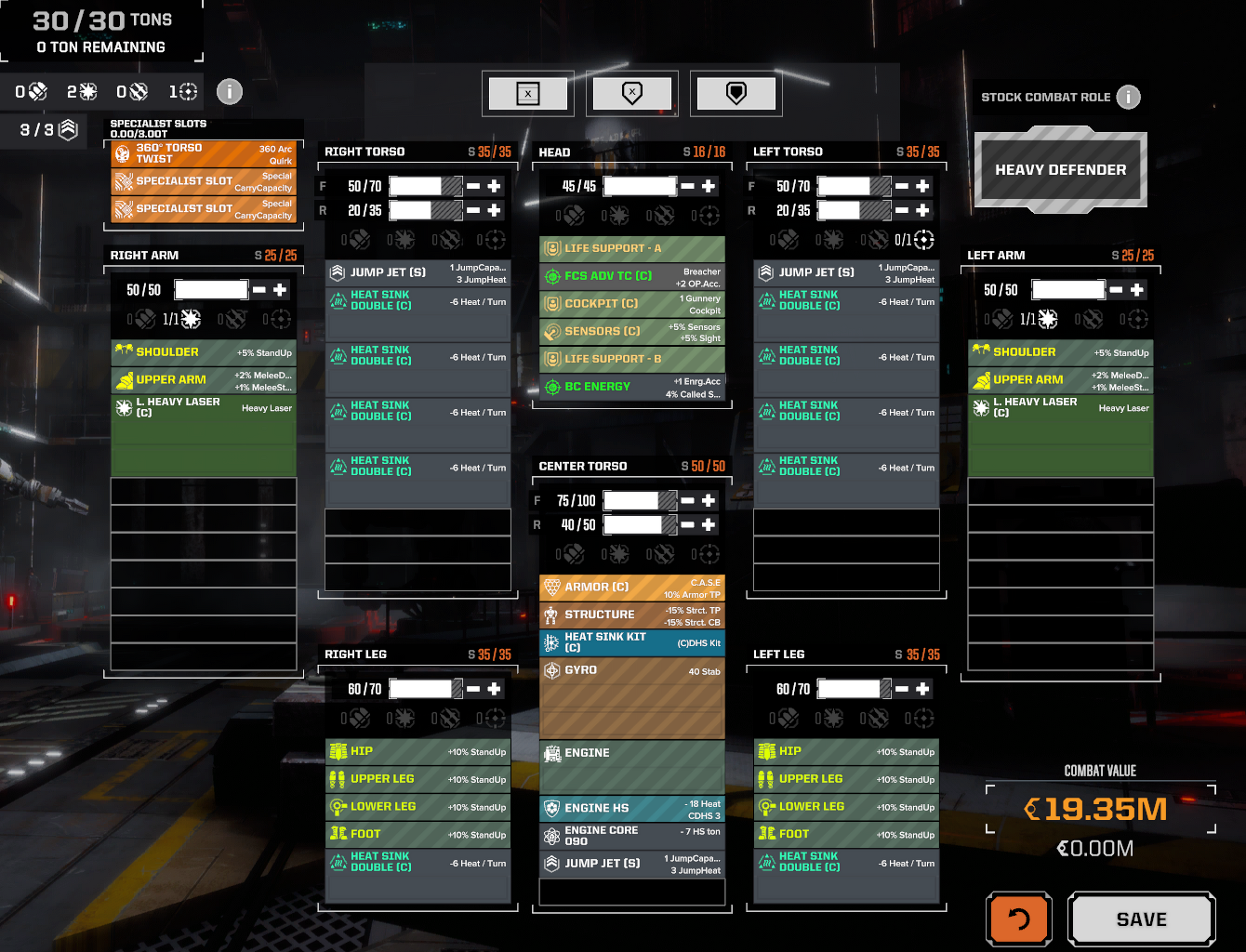