The standard against which all battle armor is measured, the Elemental battle armor was first introduced in 2868 by Clan Wolf in a Trial of Possession against the Nova Cats. It was a marvel of Clan engineering that allowed a small group of operators to take down large 'Mechs and survive the encounter. While it is possible for a normal-sized human to use the battle armor, this design is tailored for the Clans' giant Elemental warriors and only they can bring out its fullest potential. 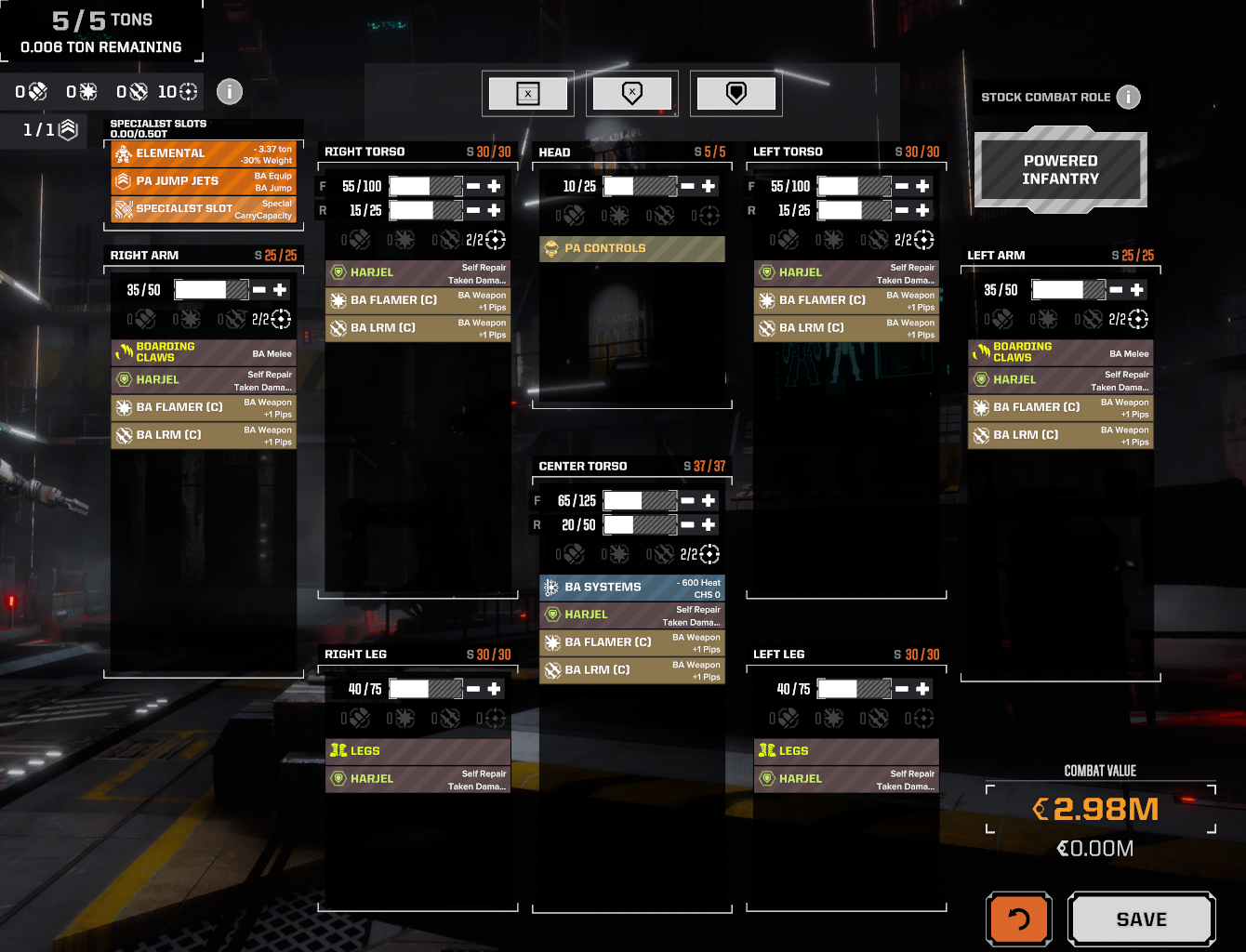