The Tenshi, ("Angel" in japanese), is an Assault Class OmniMech, which was manufactured during the early thirty-second century for the Draconis Combine's armed forces. A product of House Kurita's hidden efforts to rebuild its decimated 'Mech regiments, the Tenshi was designed to use resources found within the Combine. The Tenshi was first deployed among the ranks of the Ghost Regiments in the early 3100s, its deployment with a less-renowned brigade was part of the DCMS' two-fold effort of testing the 'Mech while also providing a fire-wall to save face should the design prove to be a failure in combat. One of its first deployments was in 3103, when the 1st Ghost conducted a raid on the Ghost Bear Dominionworld of Grumium. The eight Tenshis among the Ghosts' ranks performed well, with most of their numbers returning to the Combine with stolen Clan technology. Among the Tenshi's design features is its durability and having a heavy equipment payload. The designers saw fit to equip the 'Mech with a Compact Gyro and 18.5 tons of Standard Armor. The Tenshi also uses a number of new technologies that had finally entered production in the decades preceding the Jihad. The use of an Endo-Composite internal structure and a Light Fusion Engine granted the design a huge pod capacity of 48 tons. However, this large capacity had come at a price; that price being a slightly lower maximum speed than other comparable designs of the era." 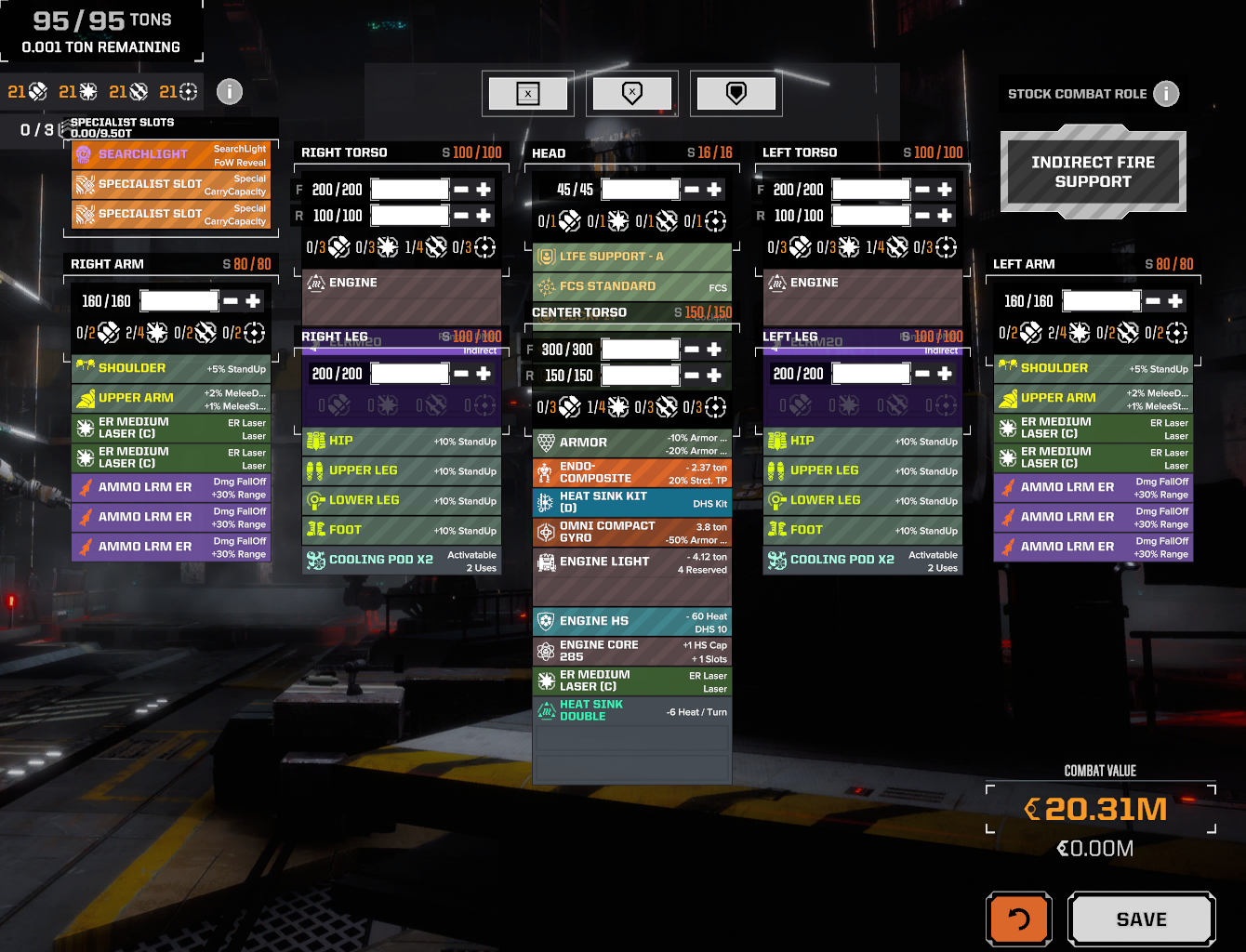