While an exceptionally early design, the Talos by Vandenberg MilTech was a financial success and a long-standing general mech for the Taurian Defense Forces from its production in the 2530's well into the Succession Wars. An Autocannon/10, two LRM-5s, and an SRM-6 give the Talos weapons effective at multiple range bands while its 8.5 tons of armor give it some longevity on the battlefield. <color=#53ff1a>Restricted Actuators- Right: Lower</color> 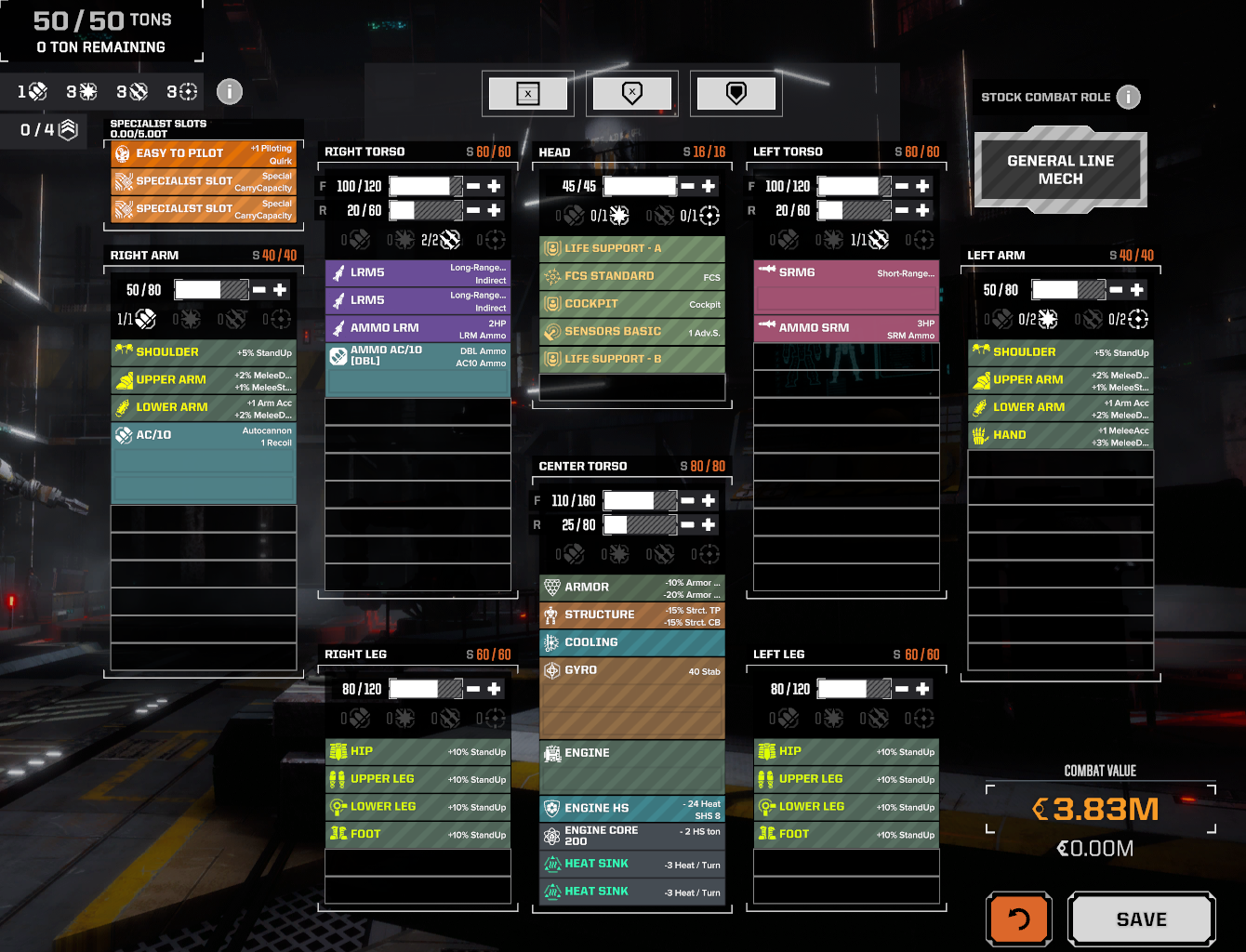