The advanced model employed by the Star League Defense Force Royal Divisions in 2743 changed the role of the 'Mech from a missile to an energy boat, replacing the LRM launcher with an ER Large Laser, retaining one medium laser and downgrading the other to a Small Laser. Dropping the no longer required CASE, the 'Mech also used a MASC system for temporary speed bursts and Double Heat Sinks to vent its increased waste heat output. The THE-Nb mounted an XL Engine to save the weight to mount this extra equipment, at the cost of reduced survivability. 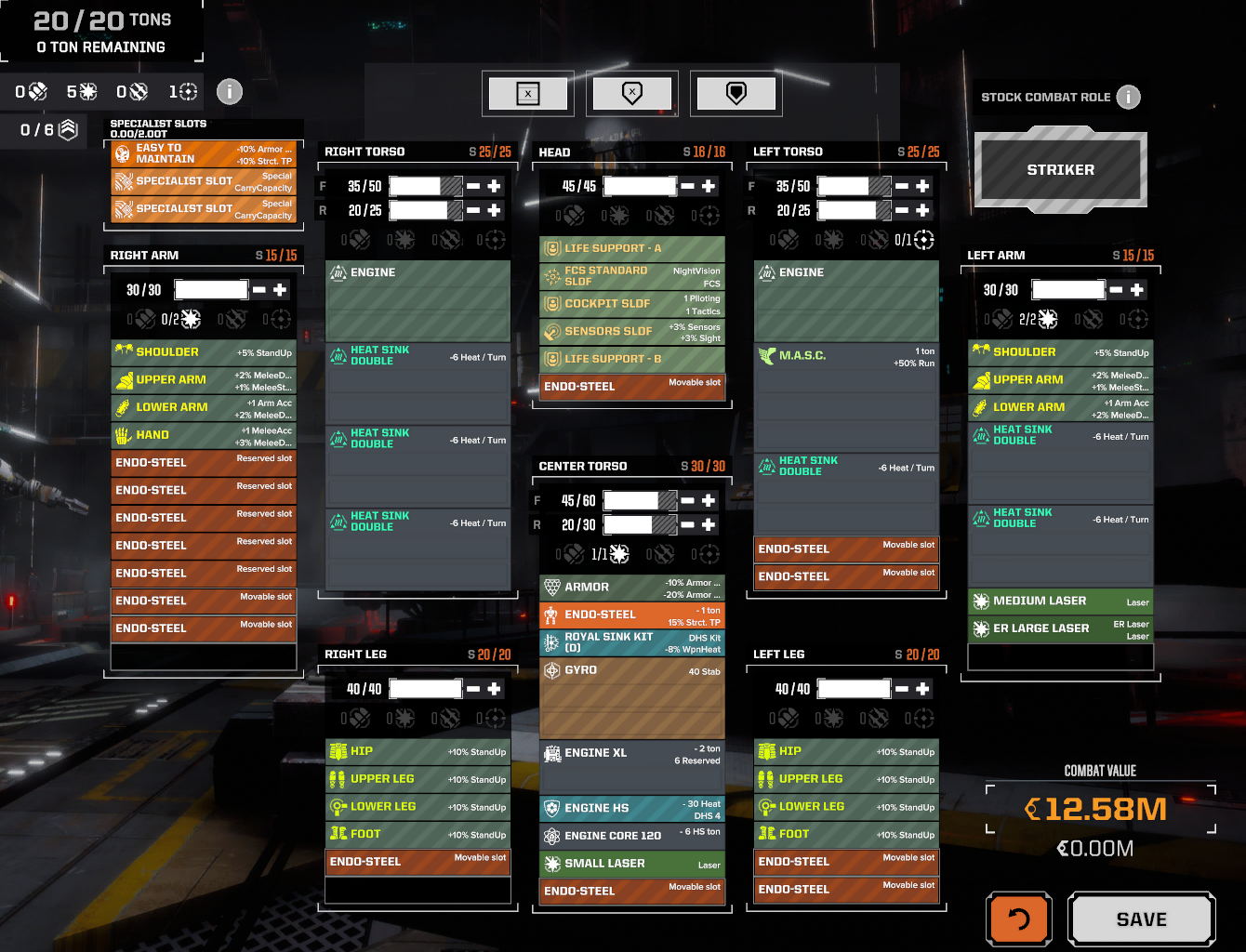