The Shootist first saw service in 2621 as a heavily armored, electronic warfare-capable command 'Mech for SLDF Royal BattleMech Regiments. However, the Shootist's upgraded electronic suites proved no match for the cutting edge of electronic warfare of its own time. When the BattleMaster eclipsed the Shootist in its intended role as a command vehicle merely ten years after its introduction, the SLDF changed the Shootist's mission parameters. The Shootist's balanced mix of weapons and speed, and its heavy armor allowed it a new role: juggernaut for close-combat heavy lances, and later, a bodyguard unit for command lances. This role never proved favorable to the longevity of the Shootist; since the Succession Wars, this BattleMech is rarely seen outside of the ComGuards, Word of Blake Militia, and ancient Clan Brian Caches. <color=#53ff1a>Restricted Actuators- Left: Upper </color> 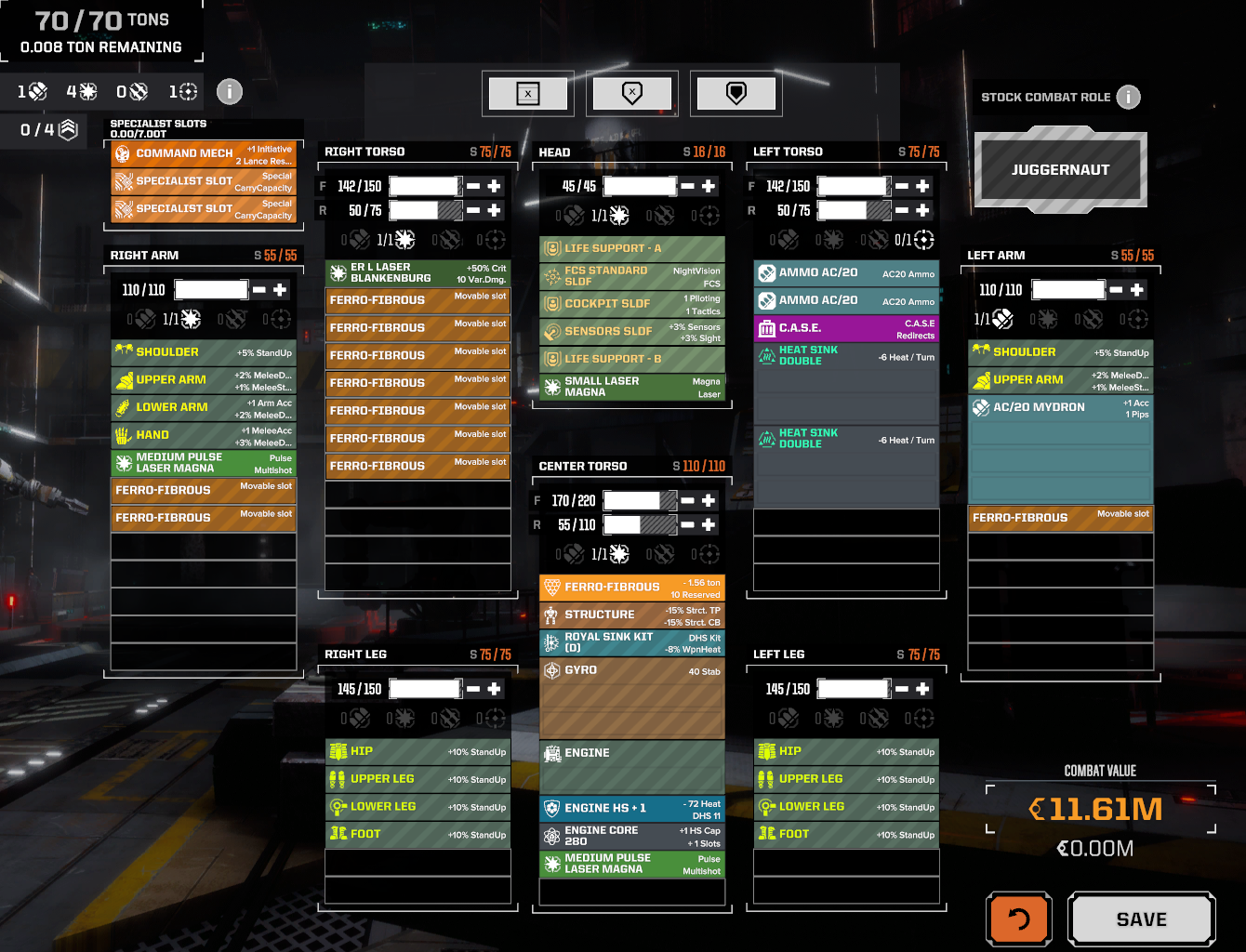