The Sentry was developed under pressure from the Draconis and Capellan marches for a more advanced 'Mech to defend the borders of the Federated Suns. The 'Mech is built on a light weight Dorwinion hyperactive 3 Endo Steel chassis. This chassis saves weight, allowing the 'Mech to carry heavier weapons and equipment. The Sentry is powered by a Nissan 200 fusion engine that gives it a top speed of 86.4 km/h that is augmented by five HildCo Model 12 jump jets that make it possible for the Sentry to jump up to one hundred and fifty meters. To compensate for its less than average mobility, the Sentry has an impressive eight and a half tons of Starshield A armor that has been fitted with CASE to protect the 'Mech from an ammunition explosion. 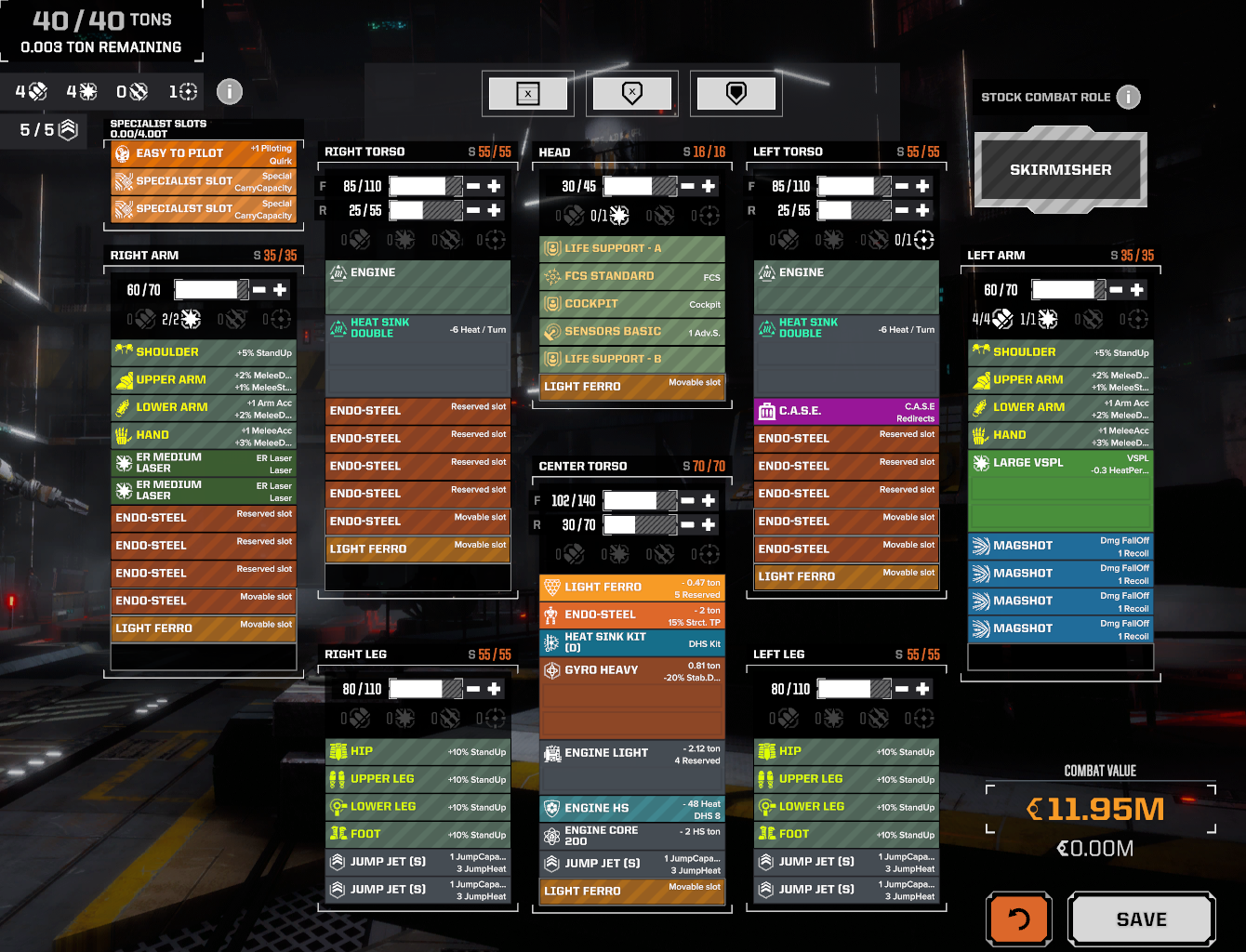