The Snake is a 'Mech that was built under the aegis of an Elemental hunter. With the power of hindsight though the Snake is clearly designed to hunt Inner Sphere Battle Armor suits. The 'Mech is built using a Vox 225 XL Engine to move at a top speed of 86.4 kph. The Snake also has a jumping capability of one hundred and fifty meters making it capable of outmaneuvering any battle armor suit and also keeping it on par with most medium 'Mechs. The Snake is also armored with seven tons of armor and uses double heat sinks to cool the 'Mech's excess heat. 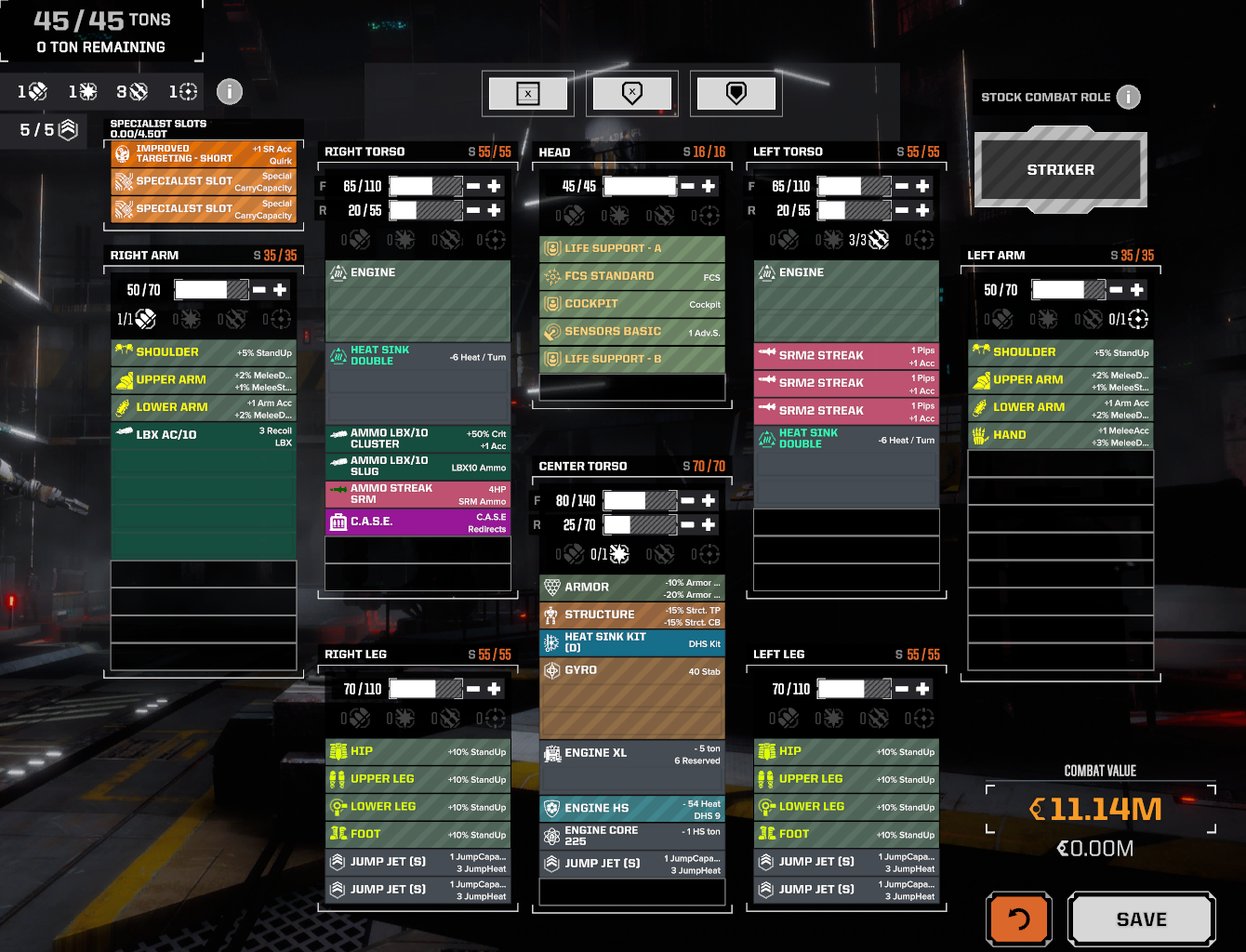