Allied Aerospace won the SLDF's contract to produce a series of Land-Air mechs with a design based on the venerable Shadow HawkBattleMech. Allied gave their new Land-Air 'Mech the ability to convert directly into an Aerospace Fighter. While construction was completed in 2680, thanks to the chassis' numerous flaws, lackluster performance and a number of ill-fated and publicly witnessed test-flights disasters during SLDF reviews in 2682, Allied Aerospace was forced to go back to the drawing board. The more refined X2 variant faced considerable scrutiny by SLDF evaluators in 2684, successfully meeting the SLDF's requirements but still rejected thanks to its high fuel consumption and the bad press generated by the earlier X1. Twenty SHD-X2 were built for trials with potential customers, but failed to attract any interest. Ultimately Allied scrapped the Shadow Hawk LAM program in favor of what became the considerably more successful Phoenix Hawk LAM. 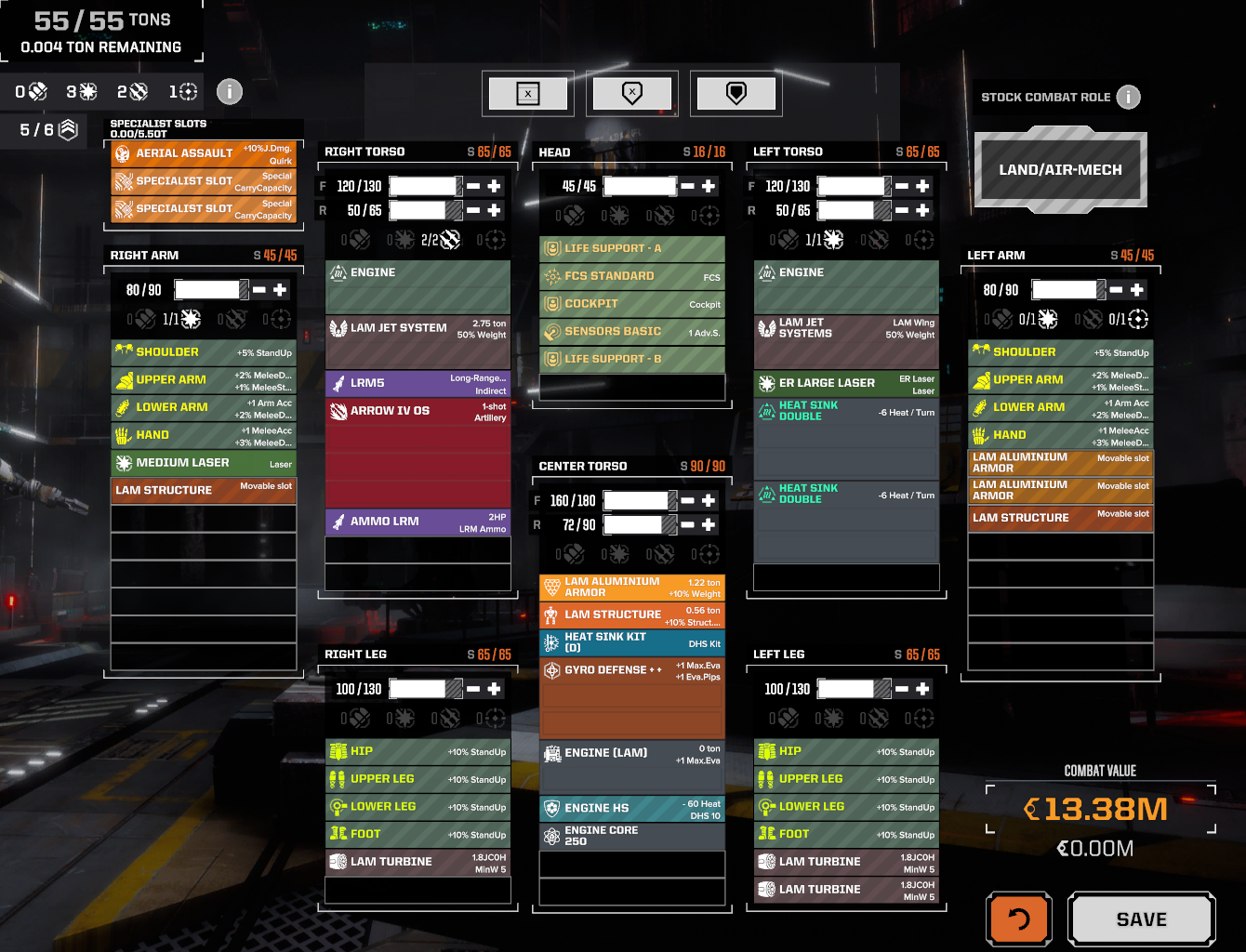