Please note: This is not a support forum; Please talk to us over on our Discord for support, Discord Invite - Support and Discussion - Join This Discord

Please feel free to contribute by creating new articles or expanding existing ones.

About
RogueTech has as goal to provide new challenges and a harsher sim game experience. Survive by any means necessary, because your enemies won't care if you live or die.

This mod is set in an alternate timeline, taking place after the 4th Succession and the War of 3039, when the wide spread use of the technologies from the Helm Core appearing around the sphere and beyond.

THIS MOD IS NOT SUPPOSED TO BE EASY, ENEMIES ARE SMARTER, PUSH THE LIMITS OF THEIR MECHS, AND WOULD LOVE TO GUT YOUR MECH LANCE FROM THE REAR IF YOU LET THEM.

I mean, how fair would it be to just have the player have all these fancy toys? 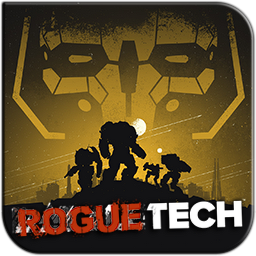 How Does it work

Want to check the current state of the war effort?

These changes are influenced by the double-blind rules from MaxTech, but have been heavily adapted to the video game mechanics.

This mod is comprehensive, but a short summary of changes in the mod include:

Mech Engineer is one of the main gameplay experience changing mods added to RogueTech, which allows for many different aspects from the core game between the un-modded BattleTech experience and the RogueTech experience

Wiki
Help Wiki
General Help
Getting Started
Editing pages
New pages
Moving pages
Basic images
Links
Community
Register
How to help
To write a new article, just enter the article title in the box below or in the search box at the top of the page.