The 3K Phoenix Hawk was another upgrade of the design that used rediscovered technologies, built by Alshain Weapons and GKT Enterprises for House Kurita and the Free Rasalhague Republicrespectively. Introduced in 3050, the engine was upgraded to an XL model, with the saved weight used to upgrade the weapons payload on the 'Mech, taking its cues from the 1K variant. Like the PXH-3D model the 3K carries carries two ER large lasers and two medium Lasers. It also carried twelve double heat sinks to manage the additional waste heat, and the eight tons of standard armor were replaced with the same amount of New Samarkand Royal Ferro-Fibrous armor, improving its survivability. 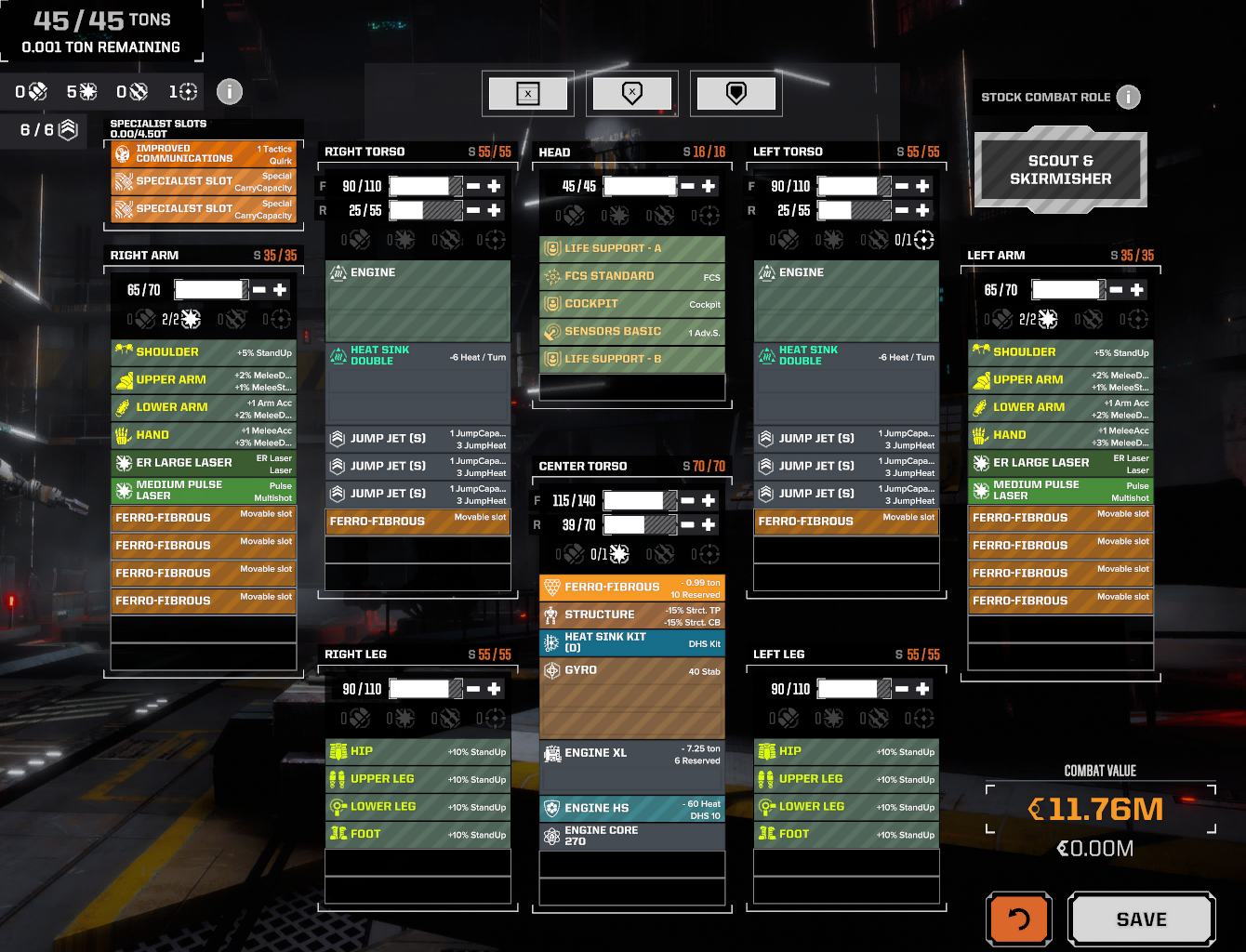