After the destruction of their main production line in 2928, Solaris 7 based Blue Shot Weapons looked for other means of income. They took the idea behind the STR-3G Stinger variant and created a similar variant of the Phoenix Hawk by adding a second Large Laser in the left arm. To free up the necessary weight the PXH-1GS removes the Medium Lasers and Machine Guns and sacrifices some speed & maneuverability, but also adds 3 Heat Sinks and two Small Lasers. Both the primary lasers are mounted in gunpods giving the variant its "Gunslinger" nickname. 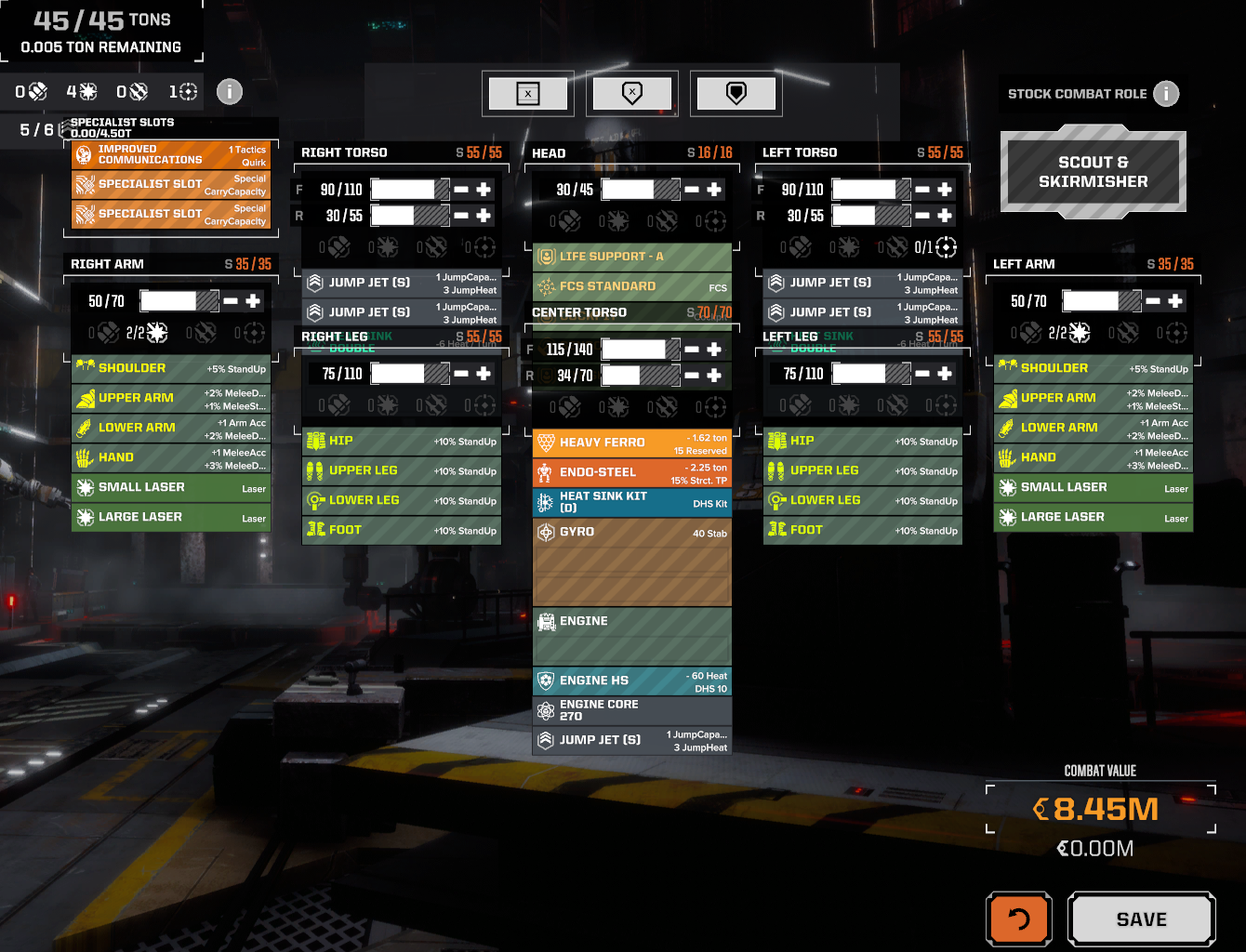