The Owens is intended to be an OmniMech upgrade of the Jenner BattleMech. The intended role for the Owens is as a cavalry 'Mech that can move along the enemy lines and designate targets for bombardment with Arrow IV artillery attacks. The Owens is a strong spotting unit as well as a point 'Mech for C3 lances with its permanently mounted TAG laser designator, Beagle Probe and C3 Slave unit. <color=#53ff1a>Restricted Actuators- Left: Upper, Right: Upper</color> 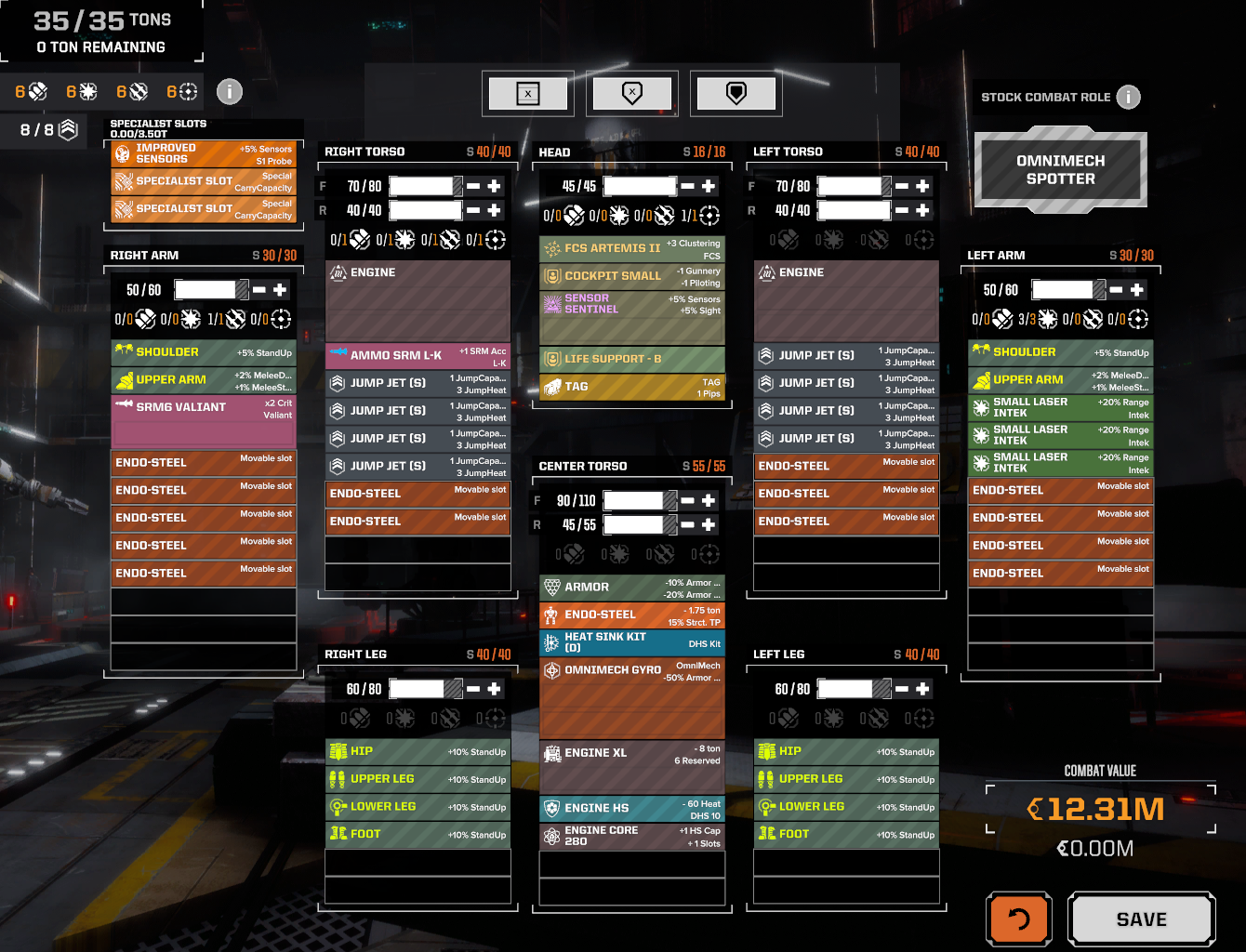