The Ostscout was designed as a pure recon BattleMech by Ostmann Industries. To that end, it was built entirely around gathering data and getting out of trouble, tasks for which it is exceptional. The Ostscout is quick enough to escape most traps, and very few other designs can match it in terms of speed and maneuverability. However its ability to run and leap out of danger came at the expense of offensive capability. In fact were it not for aggressive lobbying on the part of its test pilots the final production model would have been completely weaponless. As it is, the Ostcout would be hard-pressed to win a fight against all but the lightest 'Mechs. A poor combatant, the 'Mech excels at operating deep behind enemy lines, gathering as much information as possible about the terrain and the disposition of enemy forces. Besides the Great Houses, ComStar also utilized the Ostscout, and in the aftermath of the Clan Invasion and ComStar Schism began developing a new Ostscout variant for their Com Guards. This new model would maintain the same maneuverability and intelligence-gathering capabilities of the original while improving its offensive and defensive capabilities. Debuting with success in 3064, within the next three years nearly half of all Com Guard Ostscouts had been upgraded to the new variant; however it was soon discovered that both the Lyran Alliance and Word of Blake were fielding their own updated Ostscouts identical to ComStar's. The intelligence leak would be confirmed and traced back to Dag Kesselring, former Precentor of the 66th Division, who passed on information about the program to both the Lyrans and Blakists. 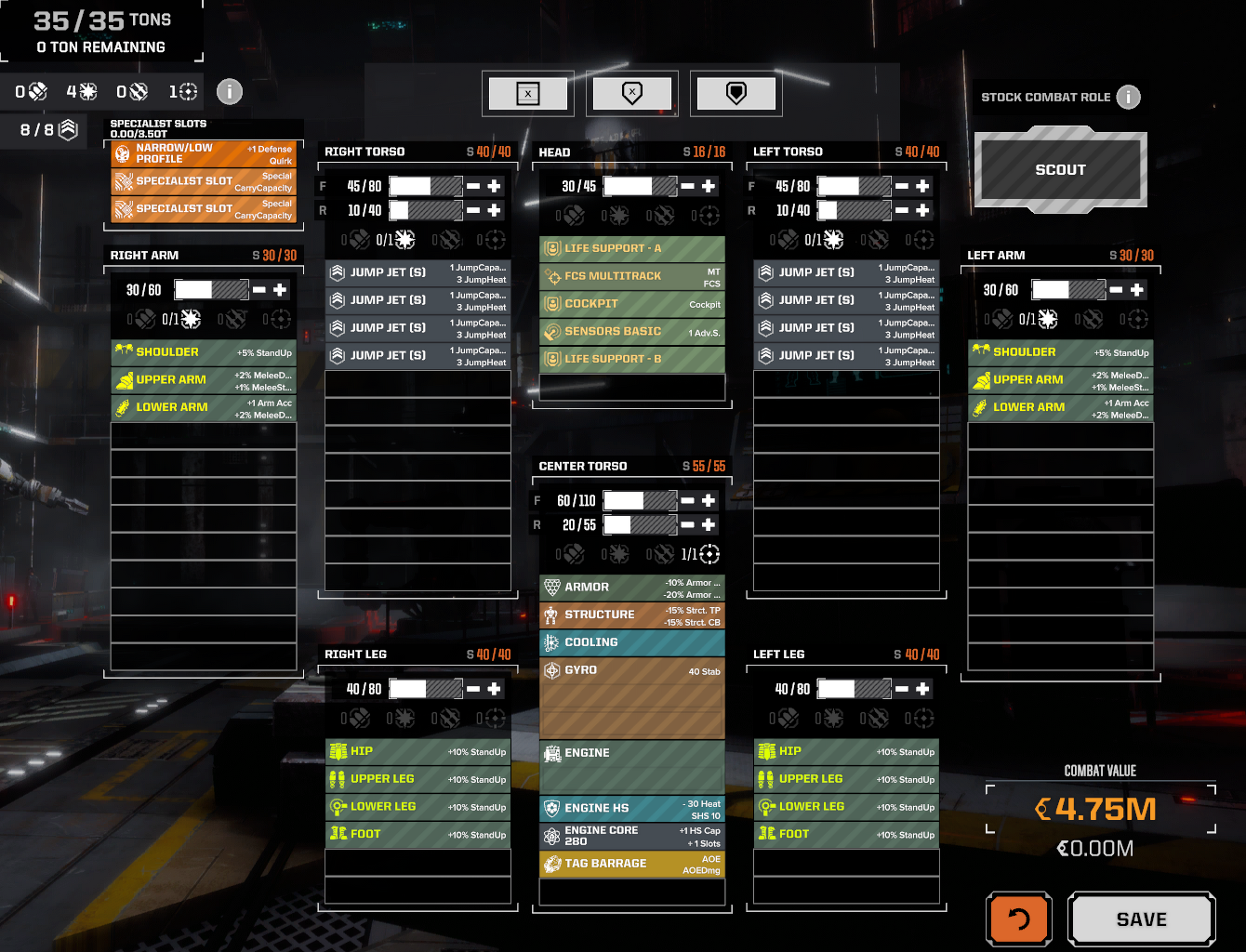