The 4F Ostsol introduced in 2871 was the only common variant of the 'Mech pre-Clan Invasion, completely removing the laser weapons and replacing them with two Dominion-V PPCs in the side torsos. The 'Mech is seen as, in some ways at least, a poor man's Marauder or Warhammer, and the PPC array can quickly overload the sixteen heat sinks. Though, on its own merits, the variant is a good long-range direct fire support 'Mech which uses its top speed of 86.4 kph to dictate combat ranges against most heavier 'Mechs. 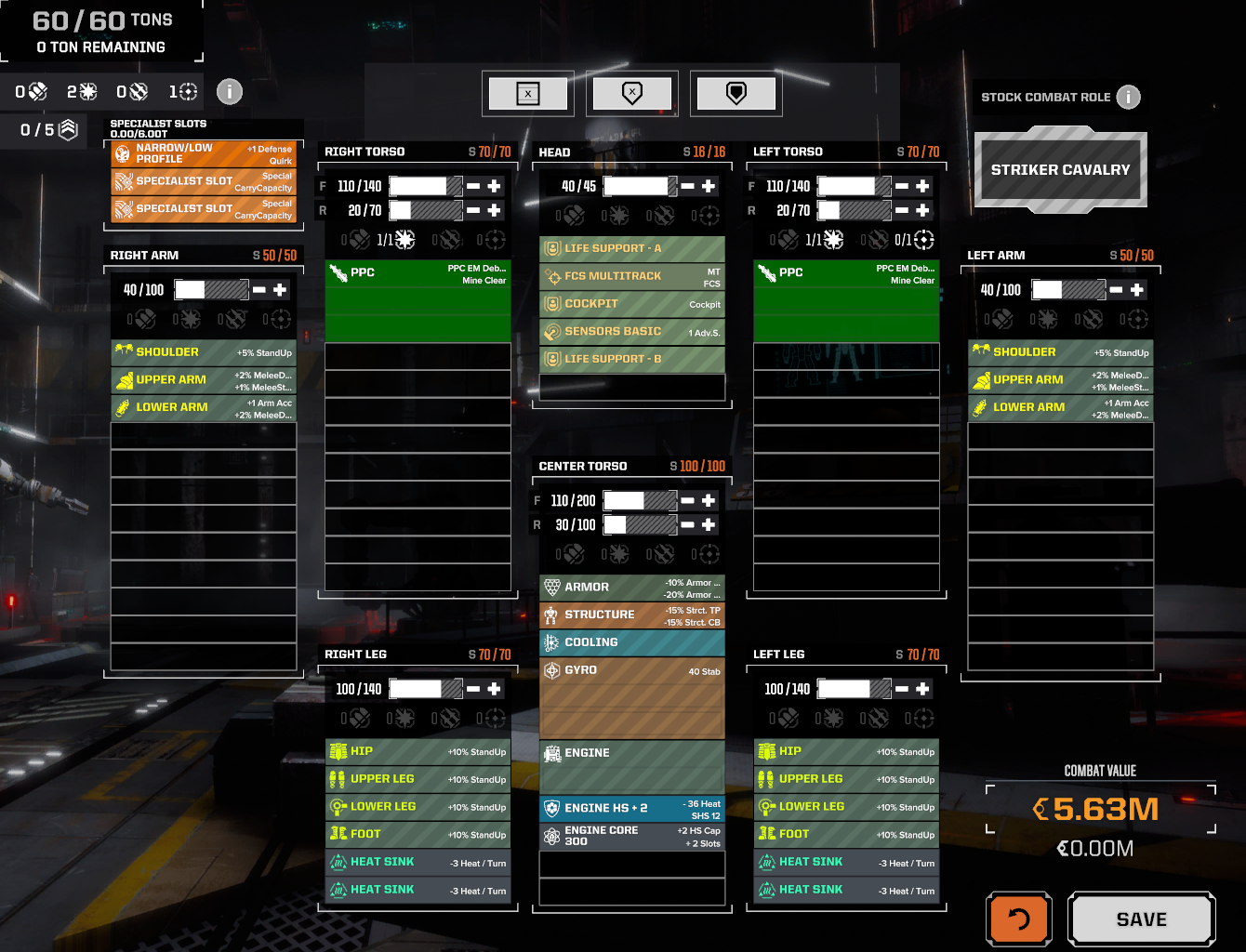