The Ninja-To is intended to work with, and take advantage of, other units which carry a C3 Master Computer by carrying a C3 slave unit that allows it to share targeting data with other units in a C3 equipped unit. The Ninja-To is built on a lightweight Star League XT Light Endo Steel that cradles a powerful Magna 390 XL engine that gives the 'Mech a top speed of 97.2 km/h. While this combination of structure and engine saves weight, it also makes the Ninja-To susceptable to being a combat loss from side torso destruction. The Ninja-To carries twelve tons of Durallex Heavy. A simple modification of the Ninja-To, the 3 variant replaces both of the ER Large Lasers and the MRM-10 launcher with a pair of comparatively low tech, yet more destructive, PPCs. 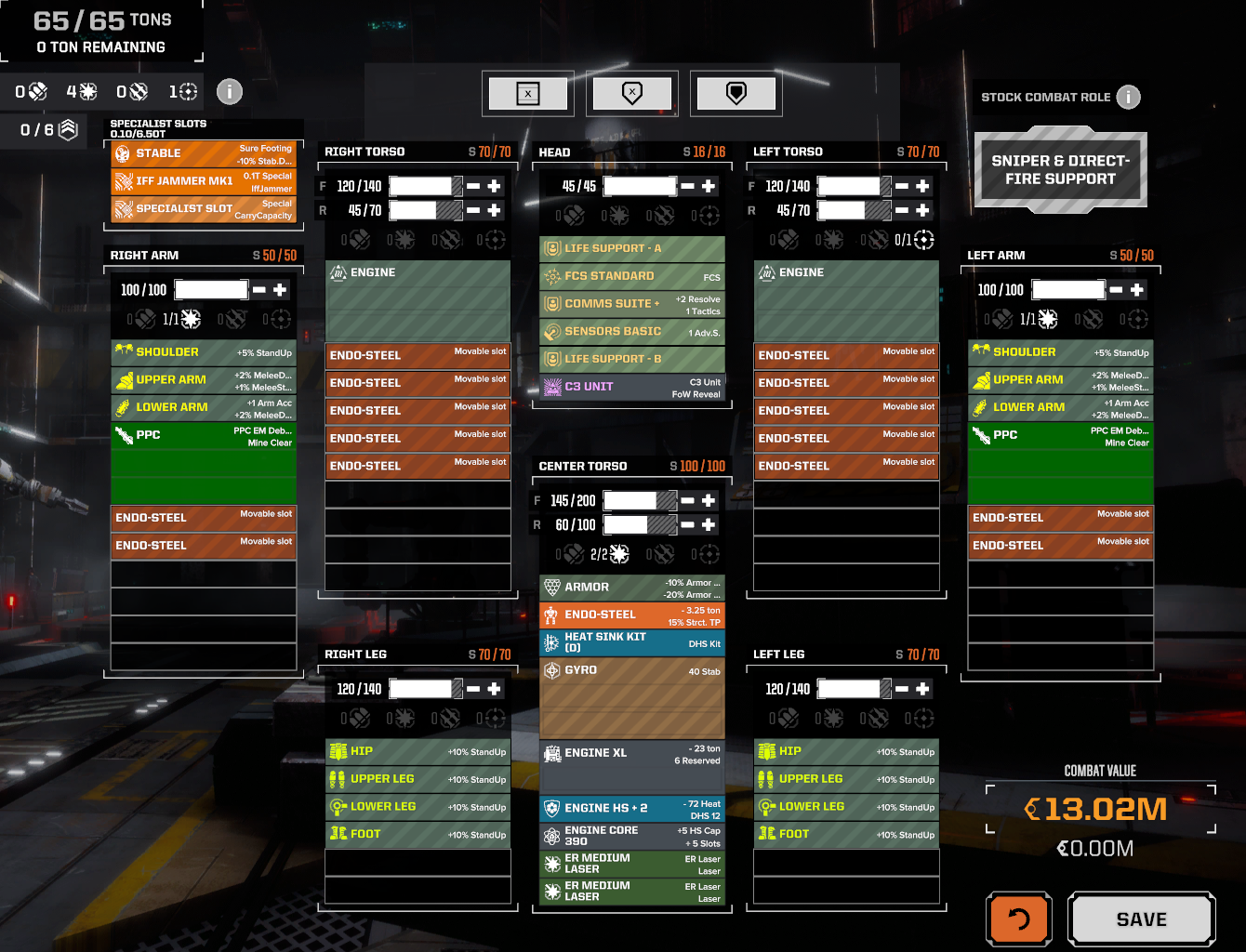