The JR7-IICV was designed to guard the flanks of heavy and assault mechs when fighting combined arms inner sphere forces. It's more heavily armored than most Clan Jenners which gives it improved survivability in heavy combat zones. It's main weapons are a set of machine guns which make quick work of conventional infantry and light vehicles. A pair of heavy medium lasers give it some focused anti-armor punch. Although the design proved effective an unfortunate meme dubbing it a Joust tank with legs lessened it's popularity among Clan mechwarriors who eschew anything related to armored fighting vehicles and infantry. This mech's intended role does not lend itself to gaining personal glory. 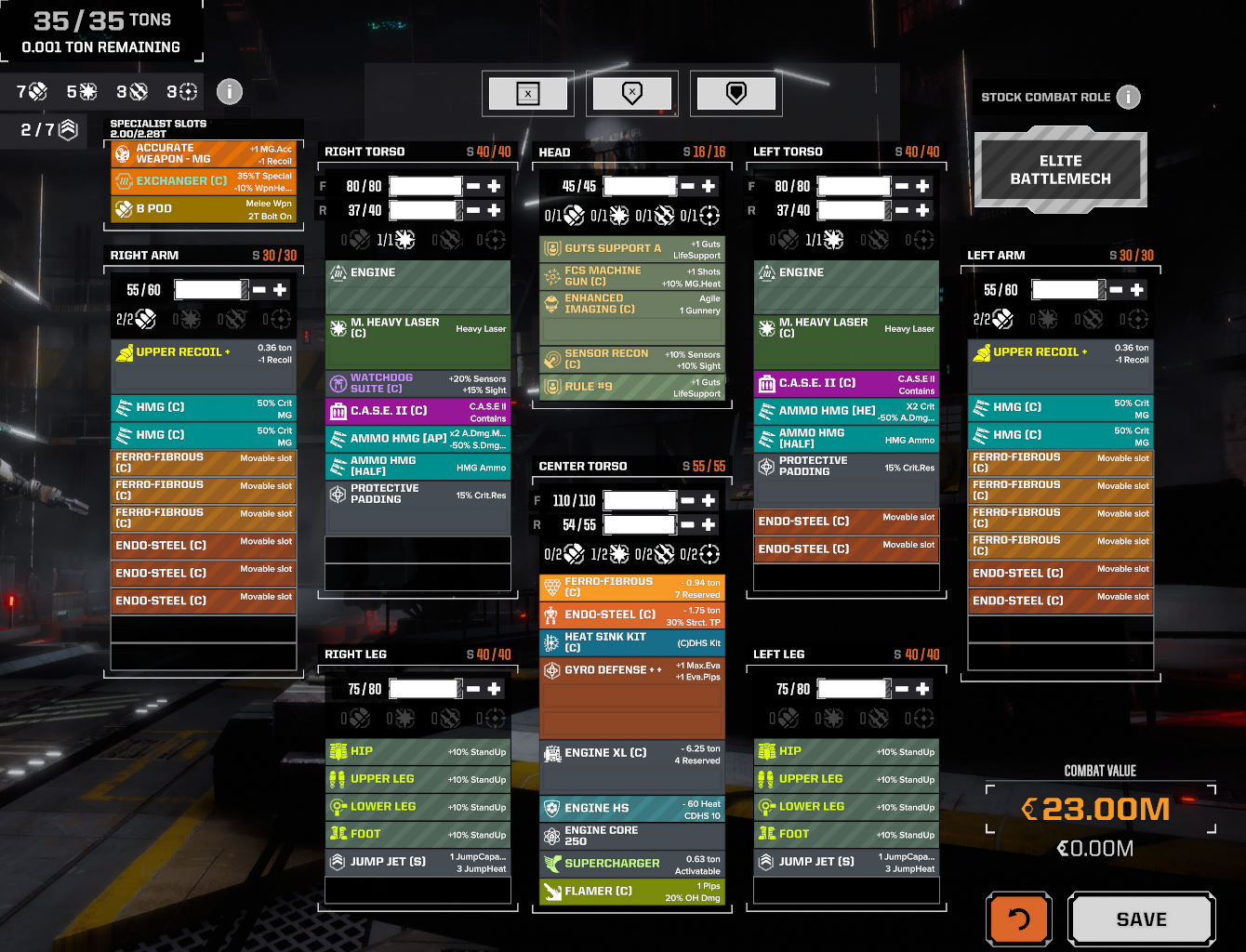