Built during the Amaris civil war, the Mackie 9Hb was a stopgap attempt to solve the SLDF's sudden dearth of advanced assault mechs. By taking Mackie 9H's from the remaining Hegemony stockpiles and upgrading them with surplus parts, the SLDF hoped to create a multi role assault mech for rear echelon and support duties; potentially freeing up better equipped machines that could be used on the frontlines. Equipped with 2 Thumper Artillery pieces and a cockpit command console, the 9Hb functions as both a command mech and an Artillery support platform. Though this design functions well as a support unit, it performs poorly in direct combat. Particularly devastating is the lack of CASE around the ammo magazines, a consequence of the rushed design process. 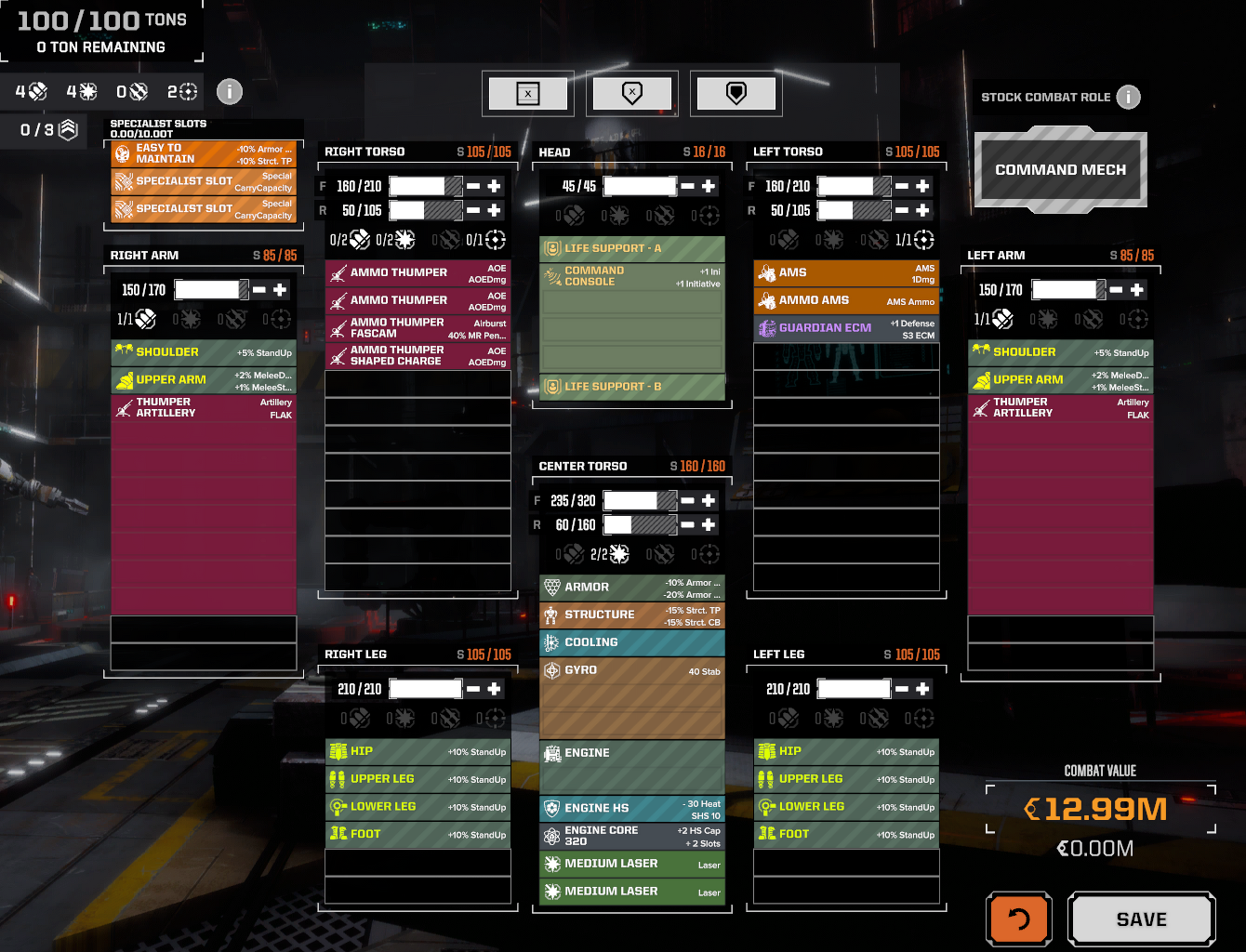