Named for the door guards who serve to ward off evil spirits from a home, the Men Shen is the first OmniMech to come from the Capellan Confederation, it borrows heavily from the Raven BattleMech for its basic design concept. The 'Mech is built on a lightweight Endo Steel chassis and is powered by a vulnerable but light VOX 330 XL Engine that gives it a top speed of 97.2 km/h that is augmented by MASC system allowing the 'Mech to be pushed up to 129.6 km/h in short bursts. The Men Shen comes with eleven tons of armor, giving it a respectable amount of protection. The Men Shen carries on its base chassis a Beagle Active Probe allowing it to serve in a recon role regardless of its configuration. For weapons and equipment the Men Shen has seventeen tons of free pod space. 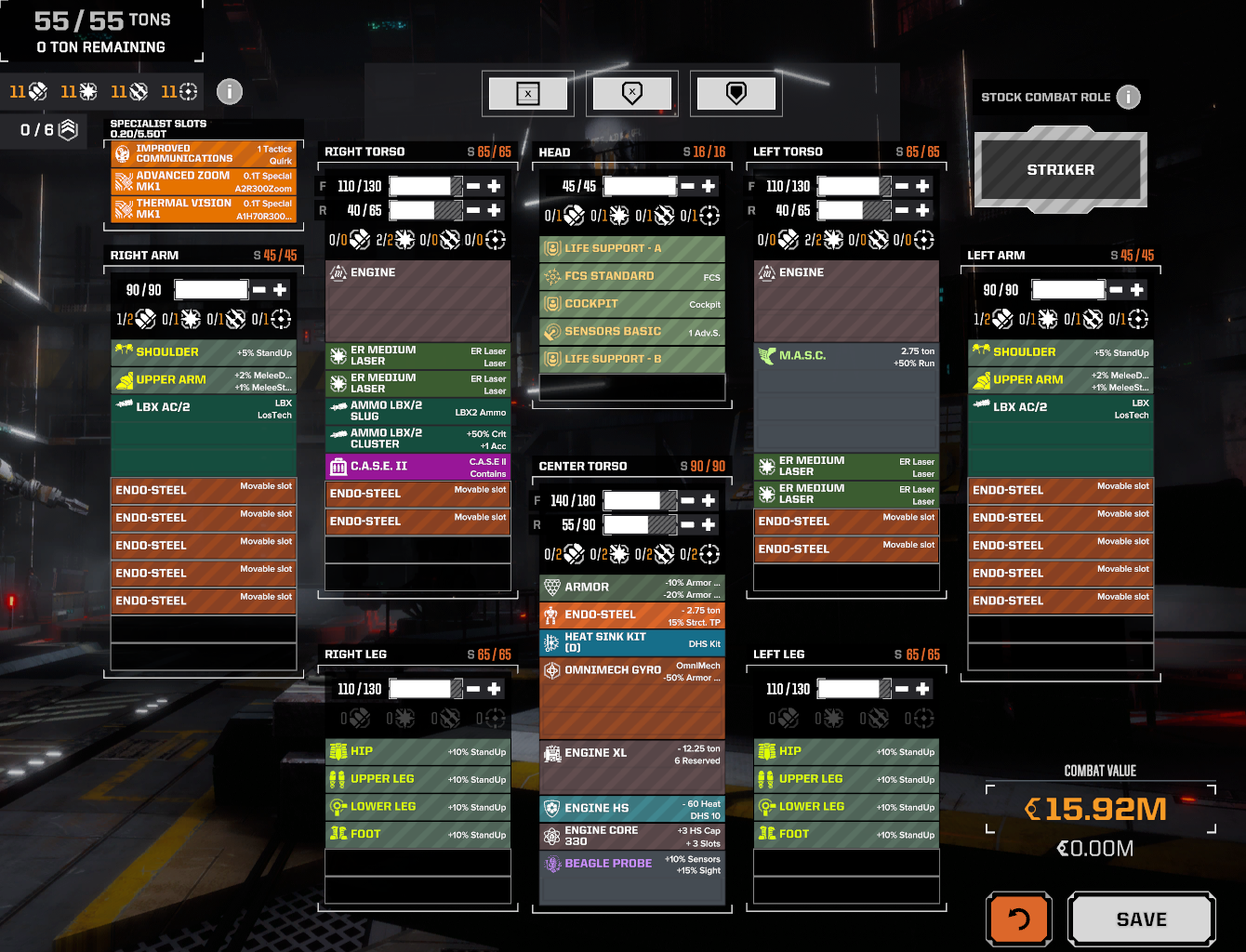