Zachary Miles Hawkins personal variant of the mauler saw use at the time of the Clan Invasion, the Knockout upgrades the torso mounted missile racks from 15s to LRM-20s and inverts the usual Mauler energy and ballistic placements with an LB 10-X AC in each arm supported by ER Larger Laser in each side torso. Fitted with an 270 XL engine and twelve and half tons of Ferro-Fibrous armor, Knockout's heavy weapons array comes at the cost of field endurance, mounting only ten double heat sinks, two tons of LB-X autocannon munitions and single ton of LRM missiles. 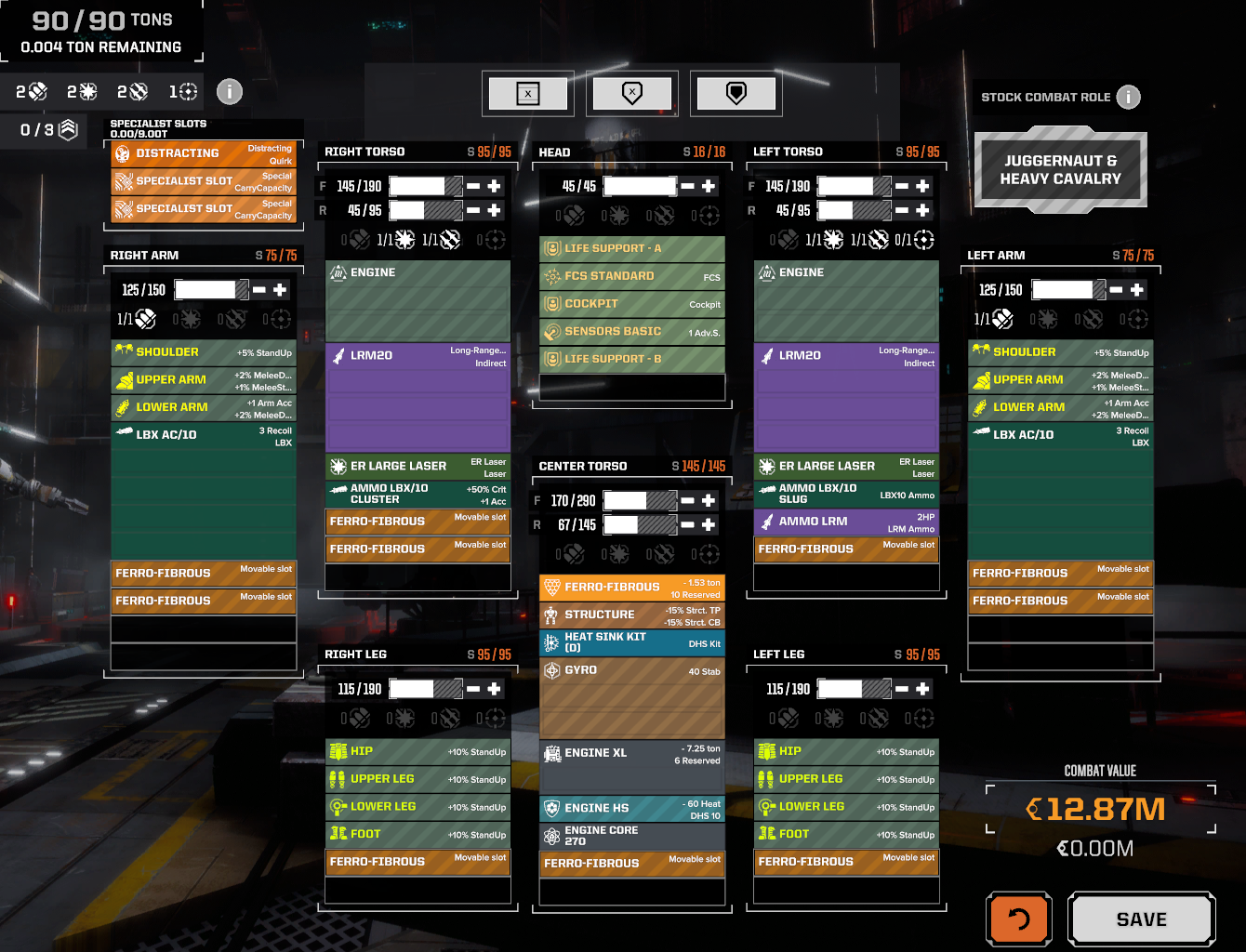