A custom configuration used by a Lyran Commonwealth criminal, this Mauler variant (named Todesbote by the LCAF) replaces the standard weaponry of a Mauler with a single Hypervelocity AC/10 in each arm, while the missile racks were replaced by MML-7s. Each autocannon has two tons of ammo while the twin MML-7s use a single ton of ammunition. All ammunition bays are protected by CASE II, and the Todesbote is protected by twenty-seven tons of Hardened Armor. 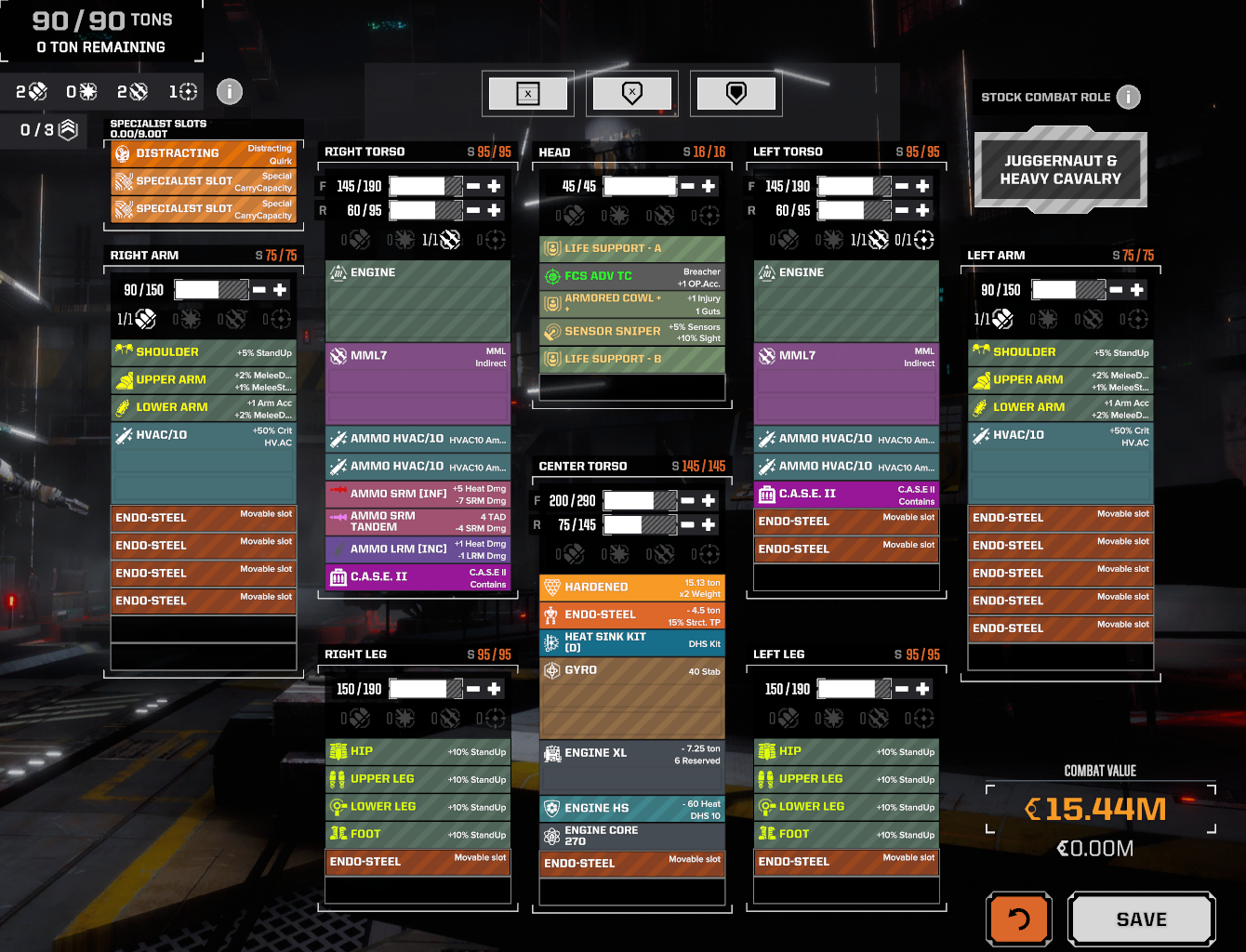