The -3R variant of the Mauler upgrades the design and addresses the concerns of pilots that used the -1R model. The four Autocannon/2s have been replaced with a pair of LB-X Autocannon/10s. The ER Large Lasers were removed from the design, but the MAL-3R retains the two LRM-15 launchers of its predecessor. Also incorporated in the design is a single Small Laser and a C3 Slave unit, the latter of which allows the -3R to use targeting data from units that are closer to the enemy and vice versa. It also has a ninety meter jump capability. 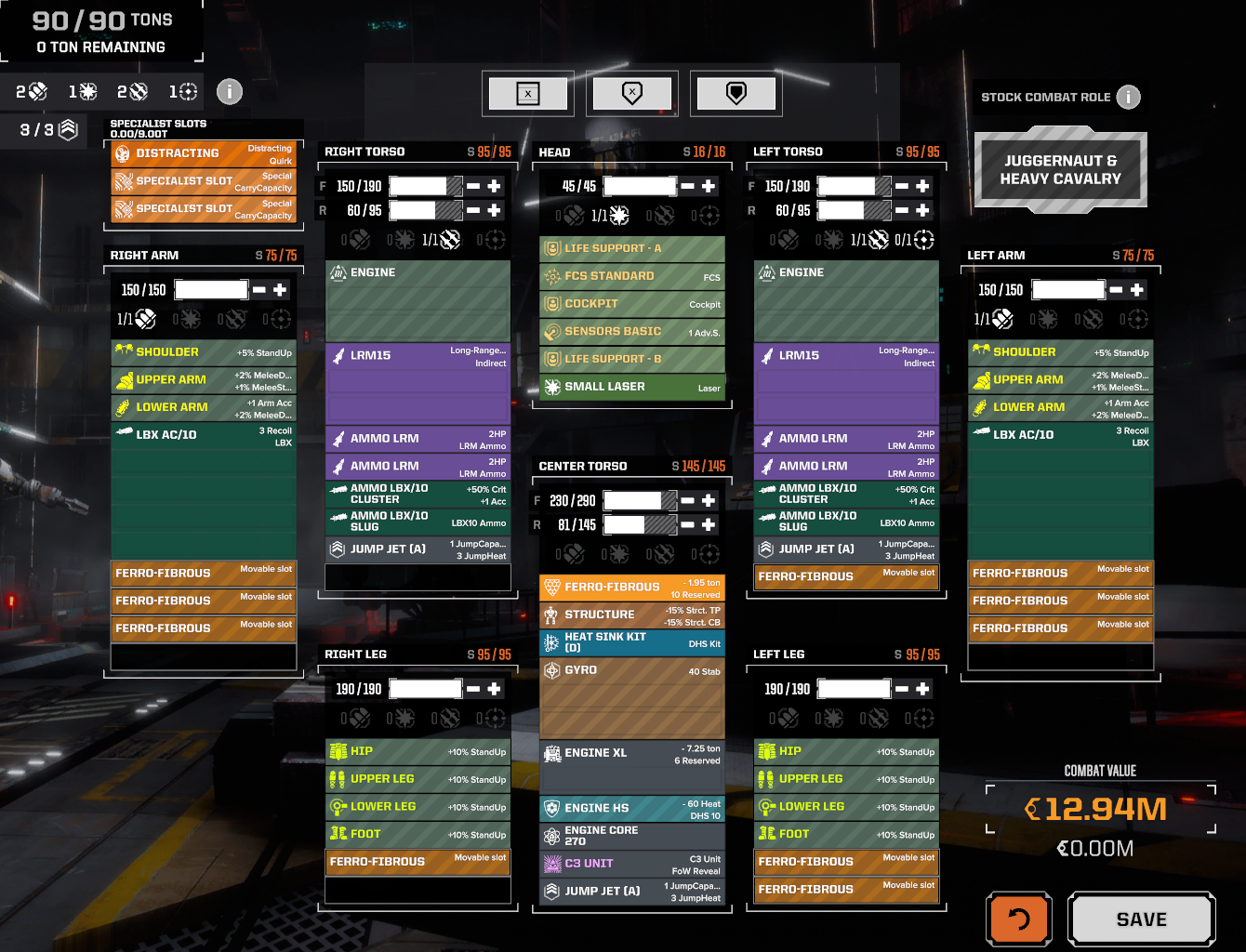