The Marauder II was first built in 3012 in an attempt to take the firepower of the Marauder and combine it with the reliability and ruggedness of an assault chassis. This was achieved by generally upgrading the entire 'Mech's chassis to allow it to carry a much heavier armor and weapons load. The 'Mech was then armored with nineteen tons of armor, giving it protection that rivals that of the Atlas. Finally, to make up for the reduced mobility of the Marauder II, the 'Mech was outfitted with jump jets that give it a jumping capability of up to ninety meters. Blackwell Heavy Industries produced the design exclusively for Wolf's Dragoons until the end of the Fourth Succession War, when Jaime Wolf allowed them to sell to others. 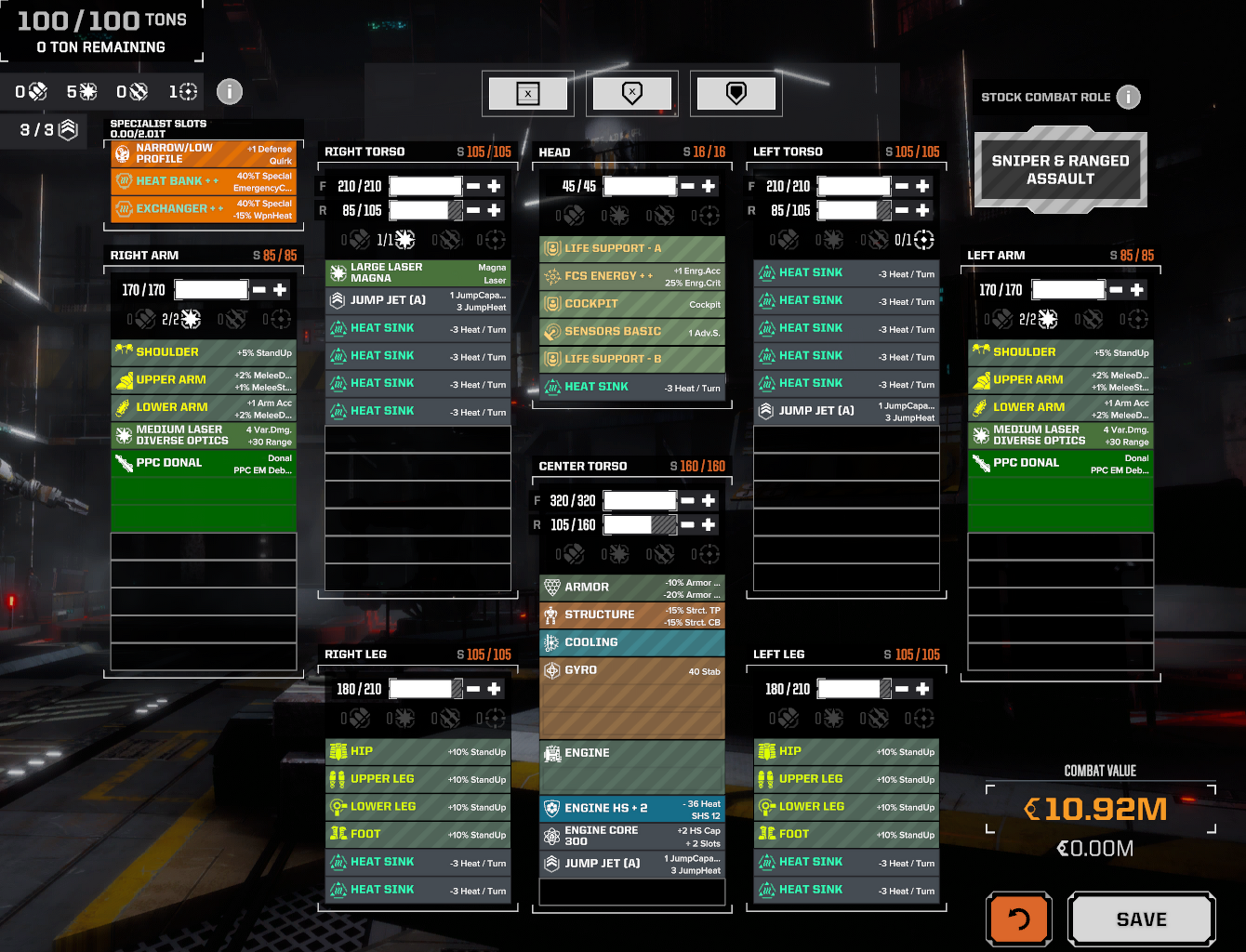