Please note: This is not a support forum; please talk to us over on Discord for support; Discord Invite - https://discord.gg/93kxWQZ

Various Issues which are present on the latest release of RogueTech.

Issues with a fix[edit | edit source]

If you are on the latest update, run these fixes, and the issue persists, gather logs and make a ticket.

I Have a Virus Detection[edit | edit source] 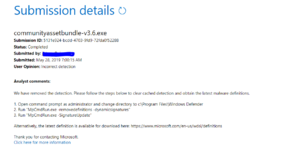 See above, your definitions are out of date

Access the Marauder's (or any other modded into mech) refit screen but the refit overlay (which shows the hardpoints where you drag components onto/off the mech) will not close when work is confirmed or canceled.

For example, when I refit the mech by, say, adding a heat sink and removing an ammo bin and click confirm, the background changes from the Marauder refit screen to the mech bays but the overlay remains, including the confirmation dialog. Each subsequent click of confirm debits my available funds by the cost of the work I had requested.

If I try and cancel the refit, the background changes from the Marauder refit screen to the mech bays but again, the refit overlay remains.

When the overlay persists, it prevents me from navigating and interacting with other those screens I am able to reach and the only option is to reload. 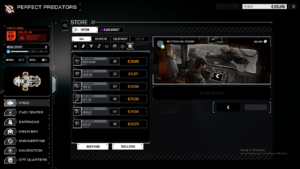 The Steel Beast its known to cause problems with RogueTech (and probably other mods). This due to some problems with filenames for that particular mech (existing 2 versions of it, and one with broken formatting within the file) which can cause multiple problems.

Note this is a vanilla problem, if its not fixed, it will probably be forever present (since even having a file replacing it may cause RT to not load, confirmed, one of the modders wasted 16 hours figuring out what was preventing RT to load for him, and it was this).

But the relevant part for this, is to just NOT LOOT IT AT ALL!

Try to evade it like the plague, since it will prevent you from selling anything, and the worst case scenario, save game game corruption.

Equipment that has a percentage bonus, needs to be loaded after the flat bonus equipment due to how the calculations are made.

First all the flat bonus are calculated and only then are the percentage bonus calculated.

No bonus starting gear, instead RandomStart gives you a bit better mechs (and heavier) on game start.

When reserves spawn, they don't necessarily get OnRoundBeing invoked. This causes NPEs (NullPointException) in the lookup of ActorInit. Protect the ActorInit fetch.

Loading a save without restarting the game may fail.

A short slowdown and hang when meleed through a minefield and taking lethal damage.

Its being worked on currently.