The Lineholder was the first BattleMech design to come from Kressly Warworks. The Lineholder is designed around a set of Common Sense Rules for 'Mech design. This approach has produced a 'Mech with a good ground speed and respectable amount of armor and firepower. The 'Mech has a top speed of 86.4 km/h, allowing it to keep up with all but the fastest light and medium 'Mechs. The Lineholder also carries ten tons of armor protection and has fourteen heat sinks. Its mix of off-the-shelf weapons and equipment makes the Lineholder a reliable 'Mech that is easy to repair and is dependable in battle. However, the ultimate selling point for the Lineholder, especially to its target audience of small units and minor nobles, is value and price. In the first year of sales, the Lineholder was historically successful compared with other 55-ton BattleMechs. For minor factions able to afford brand new BattleMechs, the Lineholder has become the garrison machine of choice. <color=#53ff1a>Restricted Actuators- Left: Lower, Right: Lower</color> 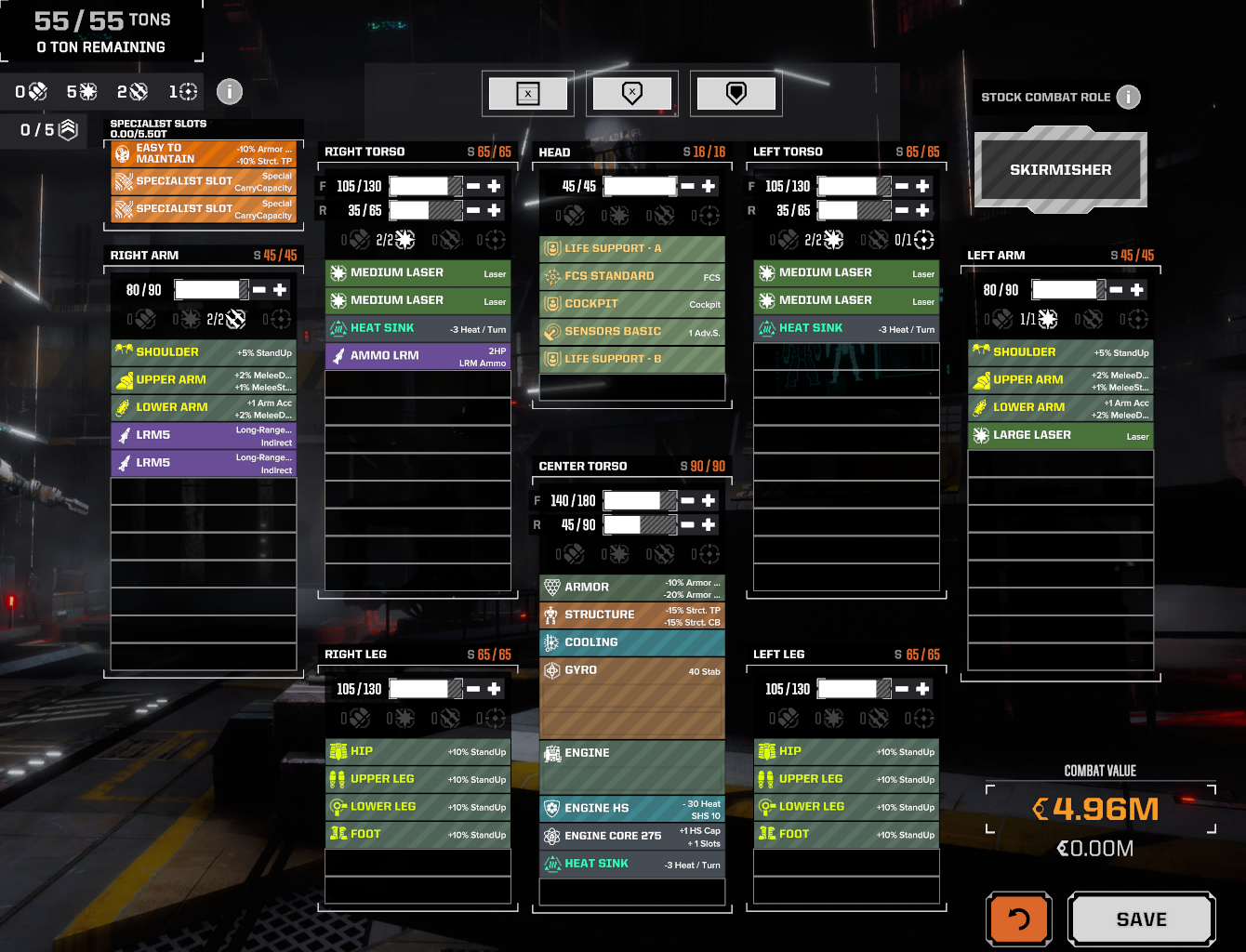