The Komodo was designed in 3053 to hunt and kill Clan Elemental Battle Armor. The 'Mech is built to be able to catch up to and destroy them with exceptional speed and maneuverability. The 'Mech is powered by a VOX 225 XL Engine that propels the 'Mech to a maximum speed of 86.4 kph. The Komodo can jump up to one hundred and fifty meters allowing it to traverse just about any terrain with ease, and is armored with seven and a half tons of armor. The 'Mech is also equipped with a Matabushi Guardian ECM Suite to defend against any enemy electronic warfare systems and also a Forward-1 TAG allowing the Komodo to designate a target for an Arrow IV artillery strike. 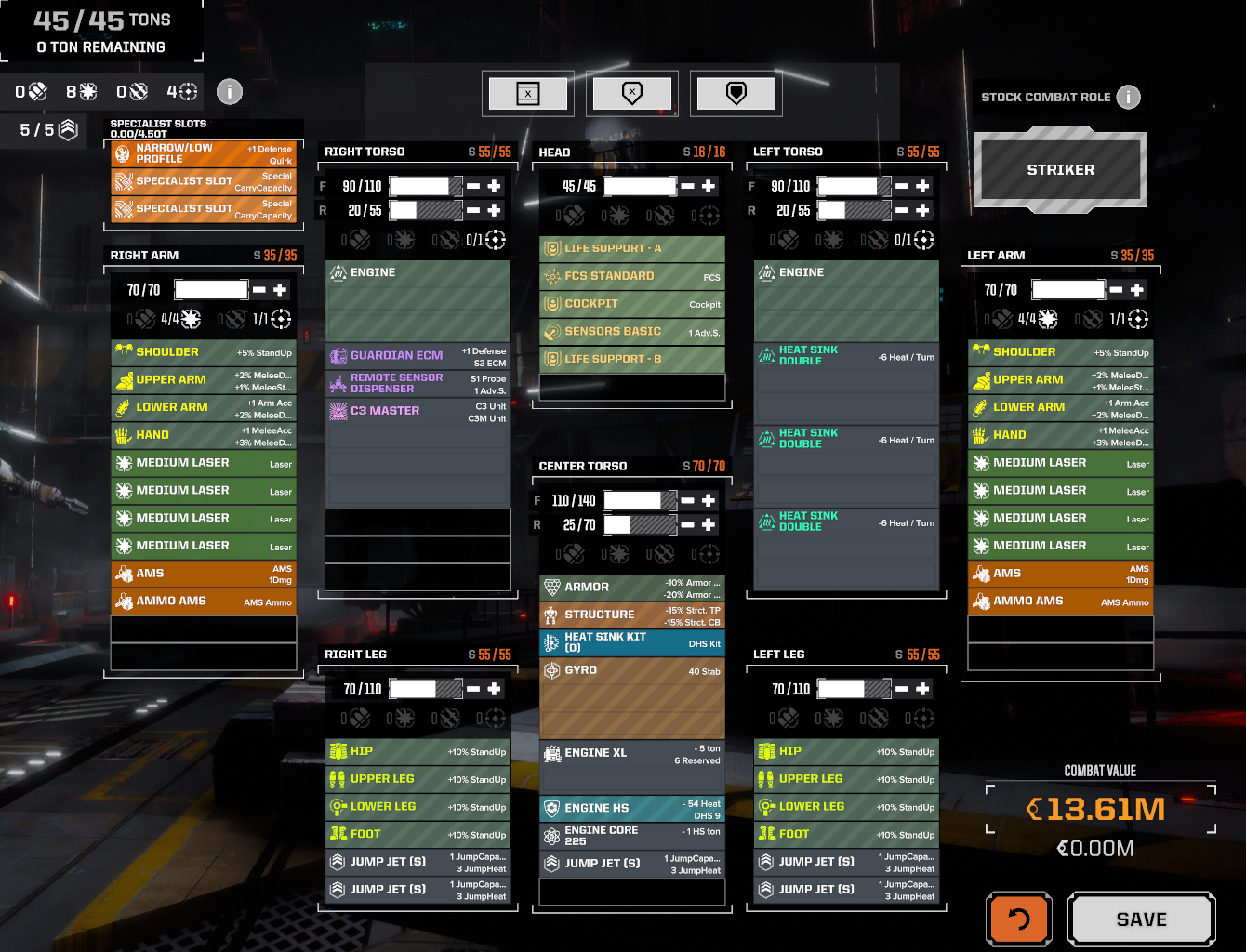