From Roguetech Wiki
< Mechs(Redirected from KGC-007)
Jump to: navigation, search

Seemingly unaware that the Federated Commonwealth was merely a memory, StarCorps Industries combined technologies from the two halves of that sundered realm to create a new variant in 3071. The 007 hearkens back to the 005 with its use of a standard engine. Primarily a medium range powerhouse, this design carries twin Rotary Autocannon/5s and Light PPCs. The Plasma Rifle can cause massive heat buildup in enemies, while the Streak SRM-6 is adept at finding and exploiting holes in an opponent's armor. The inclusion of Light Ferro-Fibrous armor allows this variant to be the most heavily-armored variant of the King Crab, albeit not by much. That armor is needed, as the autocannons and missile launcher are fed from the same place, where those ammunition bins are the only critical systems, leaving them open to damage and explosion. 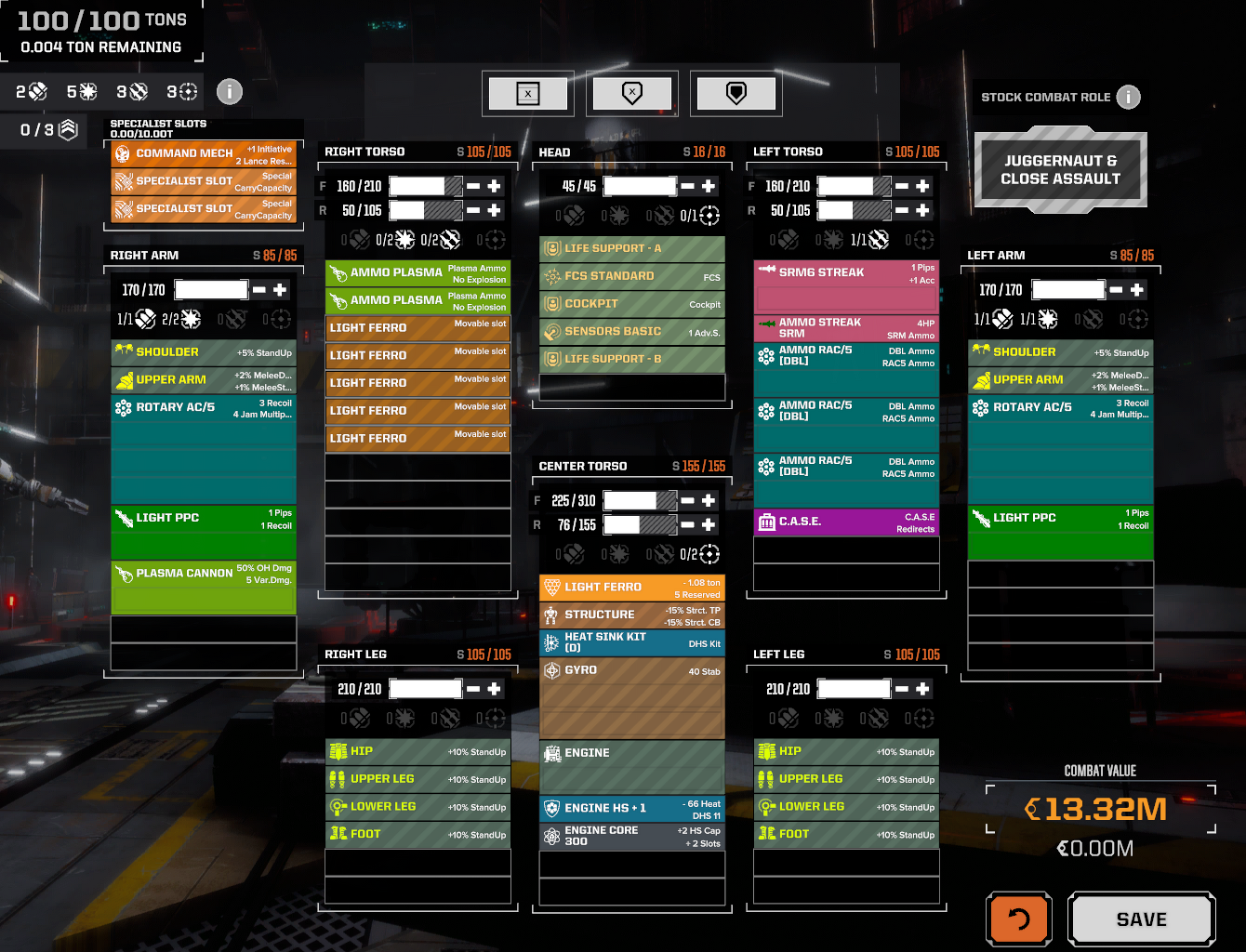