From Roguetech Wiki
< Mechs(Redirected from HNT-152)
Jump to: navigation, search

The Hornet debuted in 2760 as an urban recon 'Mech, but lack of interest forced the design to be shelved two years later. In 2990, Kallon Industriesrediscovered the blueprints and resumed production. The upgraded HNT-171 started production in 3051. The production line was destroyed by the Capellans in 3069. The 'Mech is designed around the concept of being able to swiftly move through an urban environment with relatively heavy armor. Overall, because of its eclectic mix of weapons and relatively slow speed, the Hornet is only somewhat effective when inside of a city. When caught outside an urban environment the 'Mech is hard pressed to defend itself. 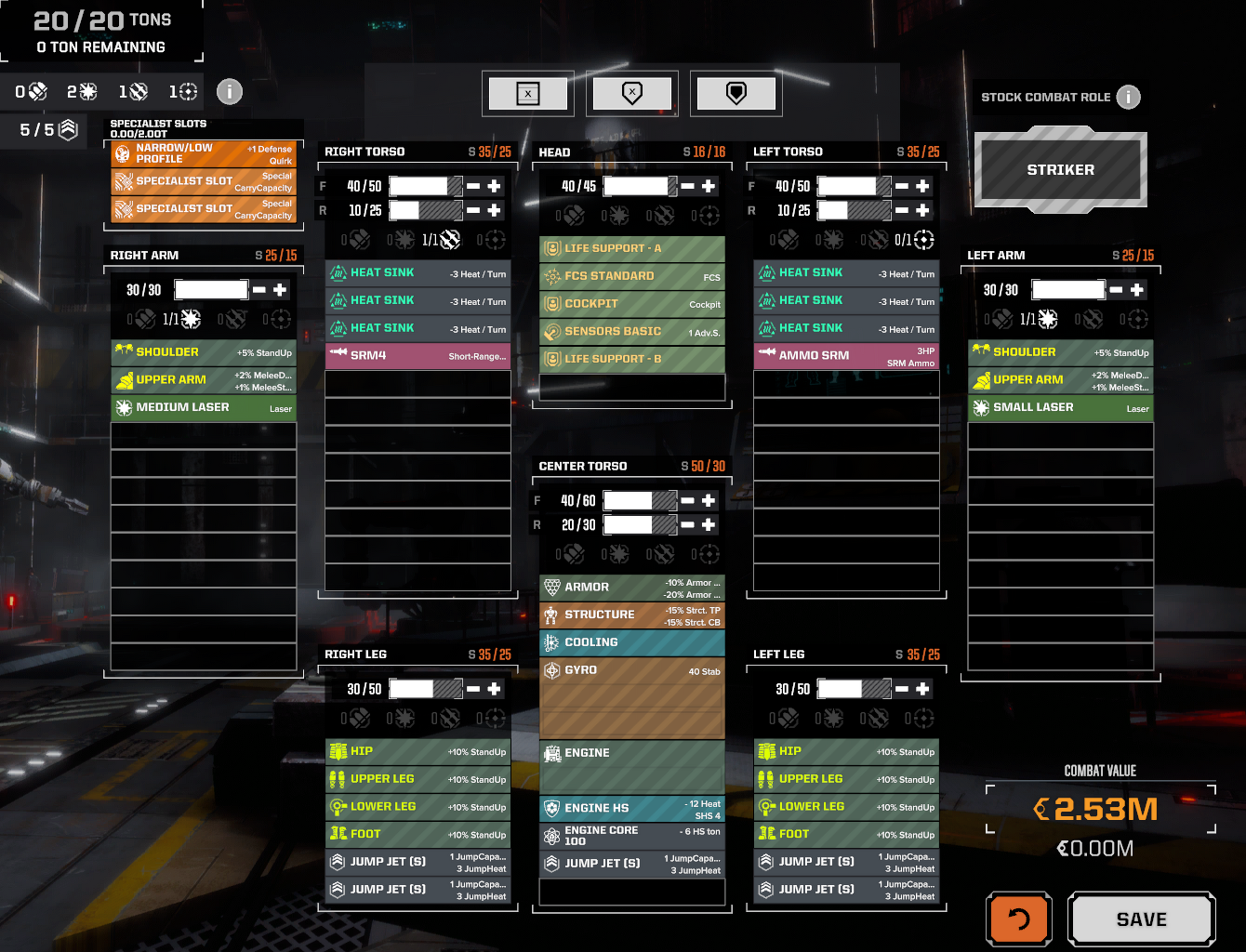