The Hammer is a 'Mech that was built to provide fire support for light 'Mechs. The 'Mech is built around a long-range arsenal that can provide both direct and indirect fire support. It is also often paired with the Anvil, using its missiles to soften up the enemy at a distance until the Anvil can bring its lasers to bear. The Hammer has a maximum speed of 86.4 kph, which is enough for a 'Mech intended to stay at the edges of a battlefield acting in a fire support role. Additionally, the 'Mech has a respectable six tons of armor protection. With its average speed and good armor protection combined with its long-range weapons, the Hammer is a good overall light fire support 'Mech. 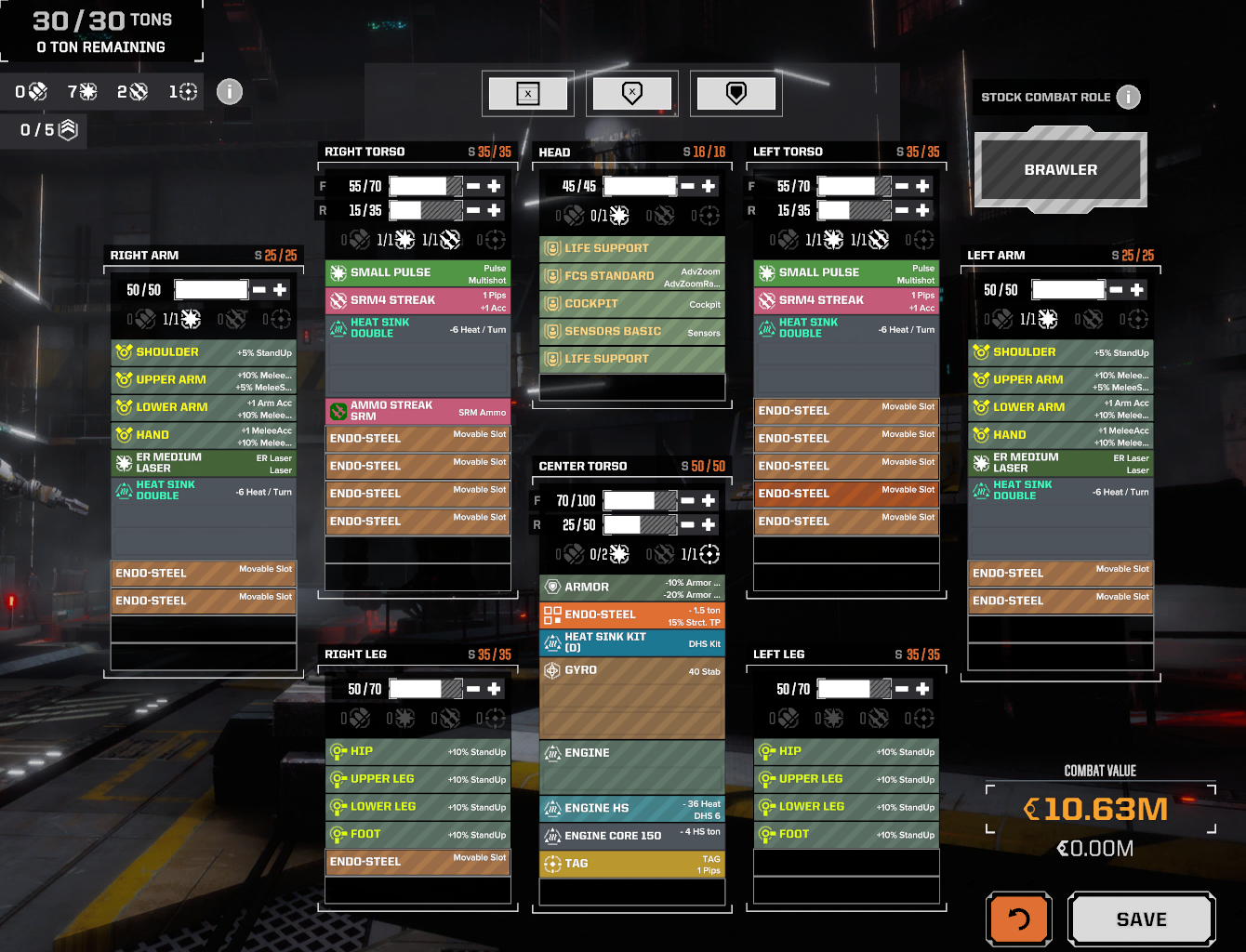