Designed after the personal ‘Mech of Elle Bennett of the 5th Donegal Guards, the GRF-1E 'Sparky' is a radical departure from standard Griffin design ethos. In place of its typical missile rack, the 1E features enough power couplings to mount a cluster of Medium Lasers - five of them, in fact - alongside the typical PPC. In a curious design decision, the engineers behind the Sparky opted for an innovative radiator pattern instead of more sophisticated heat sinks, likely as a cost-saving experiment. While this does give the 'Mech above-average heat dissipation, it's provided complement of standard heat sinks is still woefully inadequate for such a high heat load. This means that, while powerful, this 'Mech needs an equally disciplined pilot to avoid cooking alive. 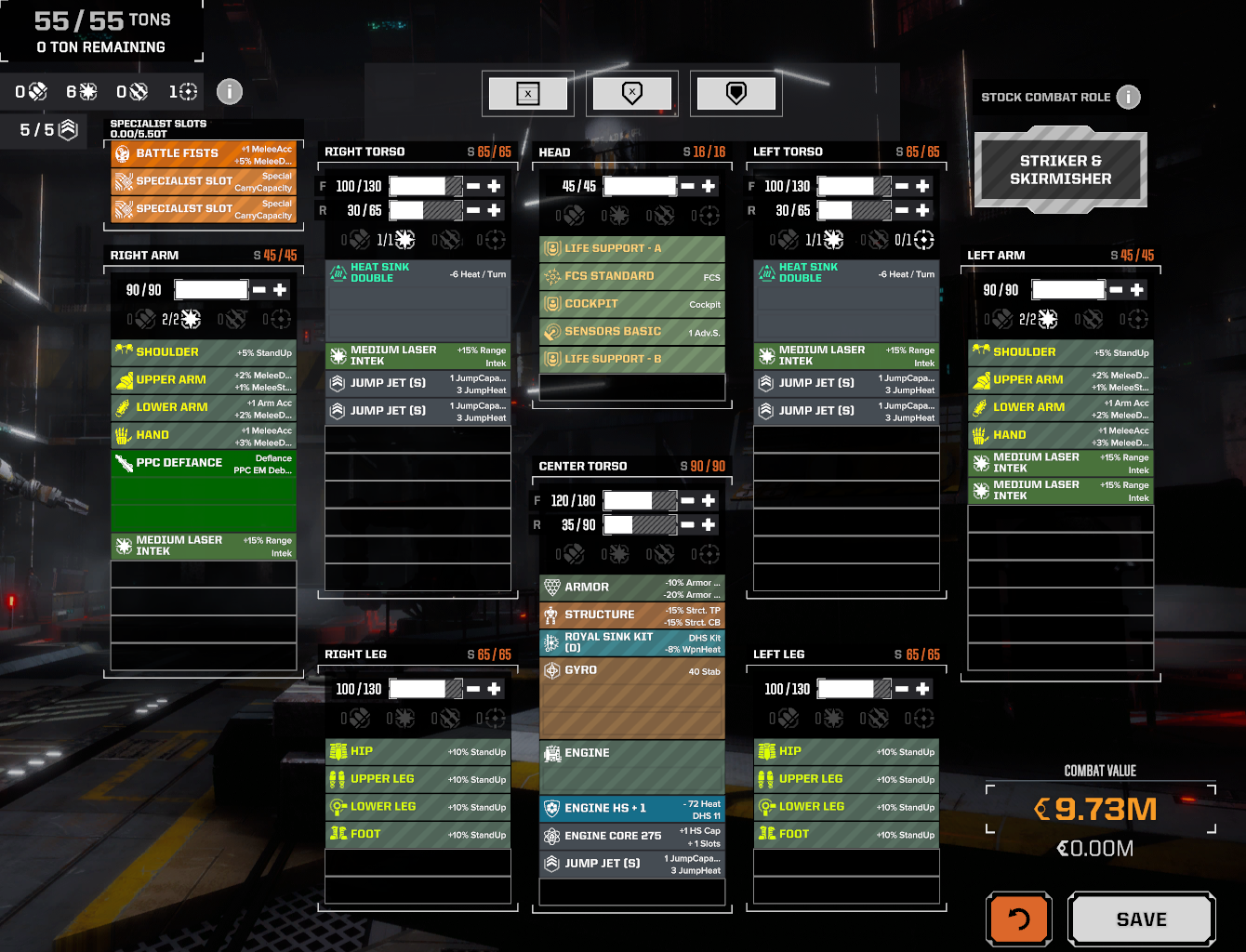