Born from the Terran Hegemony's attempts to create a medium fire-support platform that would be more advanced than the RLN-1N Rifleman, Mitchell Vehicles unveiled the GLH-1D Galahad in 2570. Though it outgunned the earlier design and found significant acceptance within the Hegemony Armed Forces, the Galahad suffered from the same heat issues as the BattleMech it was meant to replace. The Word of Blake's version of the Galahad, the GLH-3D variant, employs a 240-rated Light Fusion Engine and a small cockpit. For weapons it uses two Light Gauss Rifles with four tons of ammo to split between them. It was also given more sophisticated electronics, in the way of an improved C3 computer and a Guardian ECM Suite. 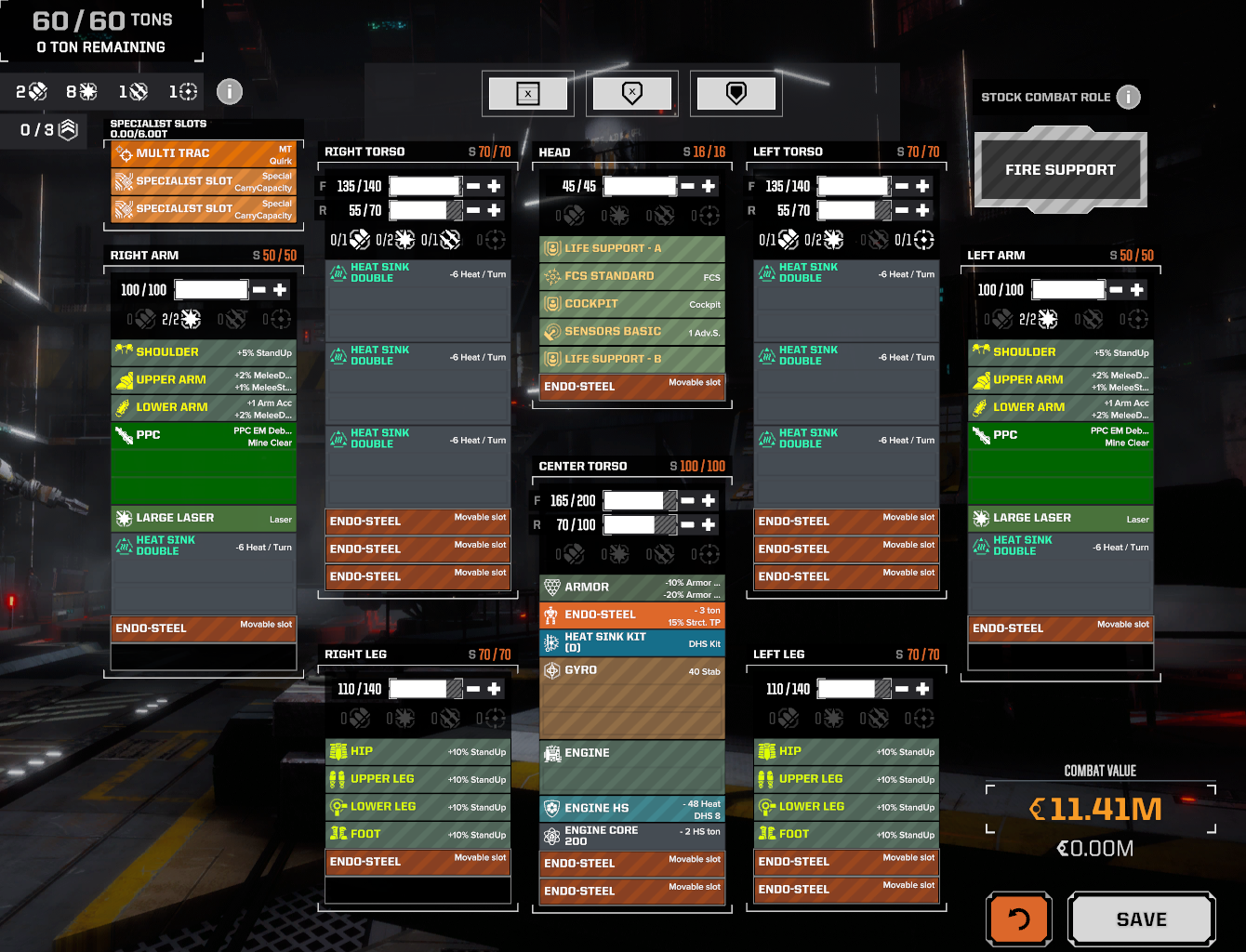