Originally produced exclusively for the Dragoons until the Capellan Confederation acquired the design's blueprints via a Maskirovka raid during the 3040s, the post-Helm Memory Core FLE-17 variant is based on the older FLE-15 model. Since the Dragoons used the Flea in a recon role more than an antipersonnel 'Mech, Earthwerks conceived a new design by incorporating recovered technology. Retaining the design's maximum speed of 97.2 km/h, the addition of an Endo Steelchassis frees up weight for a MASC system that allows the 'Mech's speed to be pushed up to 129.6 km/h in short bursts. The increase of speed is required to ensure survival on the modern battlefield, as the FLE-17 is only clad in a pitiful three tons of Livingston Ceramics armor plating. 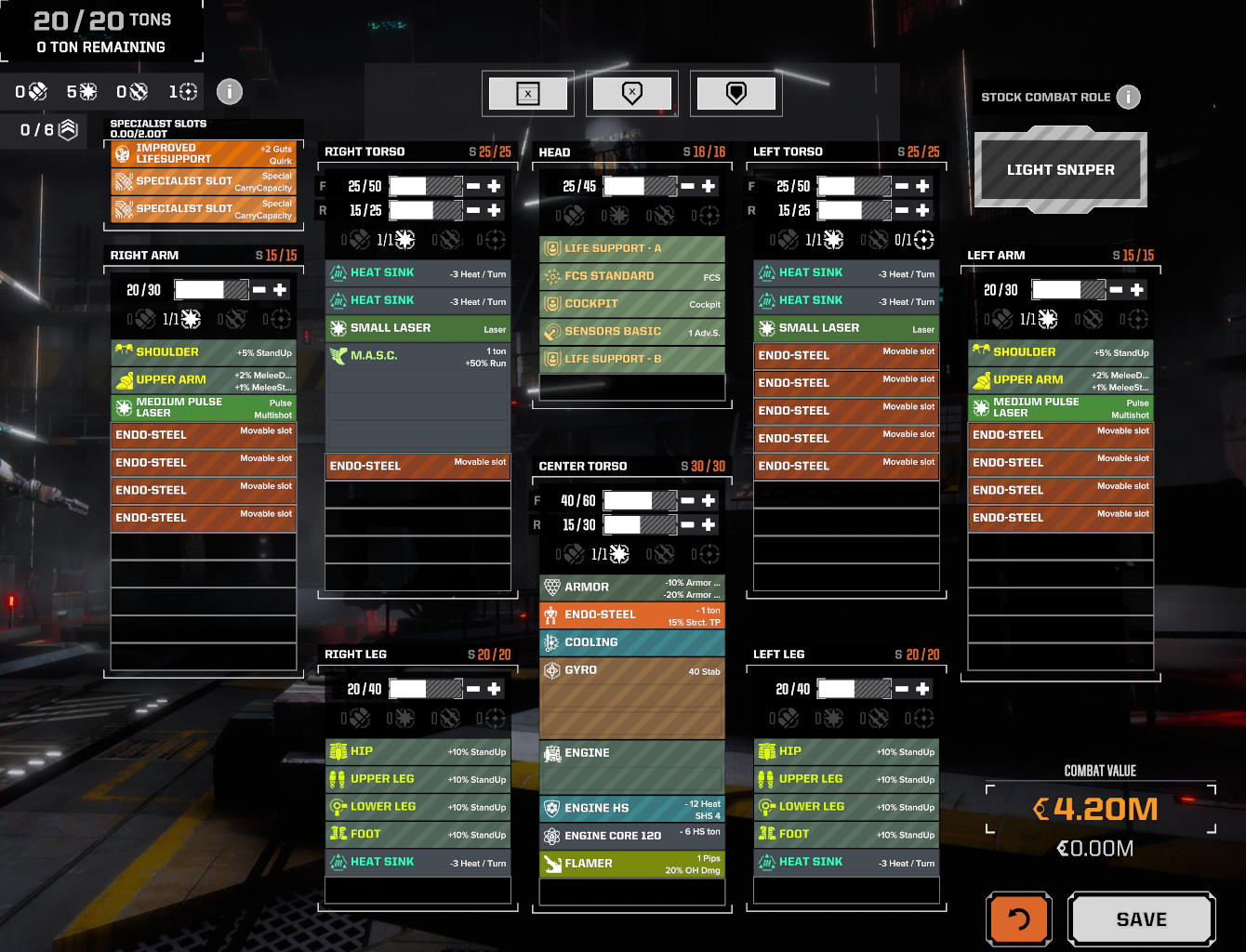