Originally developed as an anti-infantry and Bug Hunter 'Mech, the Falcon is a highly popular light recon and skirmisher 'Mech. Initially created for the newly formed Star League Defense Force's use in the Reunification War, the popular design remained in production until the destruction of Stormvanger's Hesperus II Falcon line during the Third Battle of Hesperus II in 2789, becoming all but extinct until the arrival of Wolf's Dragoonsin 3005. Well regarded by the mercenaries, the Dragoons upgraded their dwindling number of Falcons in the early 3050s before eventually commissioning Blackwell Industries to restart production of the design in early 3060 to produce advanced Clan-tech versions for their exclusive use, as well as more mundane and affordable versions for the general mercenary market. While originally sporting a weapons array similar to the Locust, Stinger and Waspit was charged to defeat, the Falcon's six tons of StarGuard Type II armor provided it with vastly superior protection, allowing it to outlast them and remain combat effective longer. When it was originally developed, the 'Mech's top speed of 97.2 kph and a jumping distance of one hundred and fifty meters allowed it to keep up with other light recon 'Mechs. But by the 3060s the Falconwas outclassed by newer and faster designs, only its use of a cheaper standard Fusion Engine rather than a more expensive and fragile Light or XL Engine kept buyers interested. 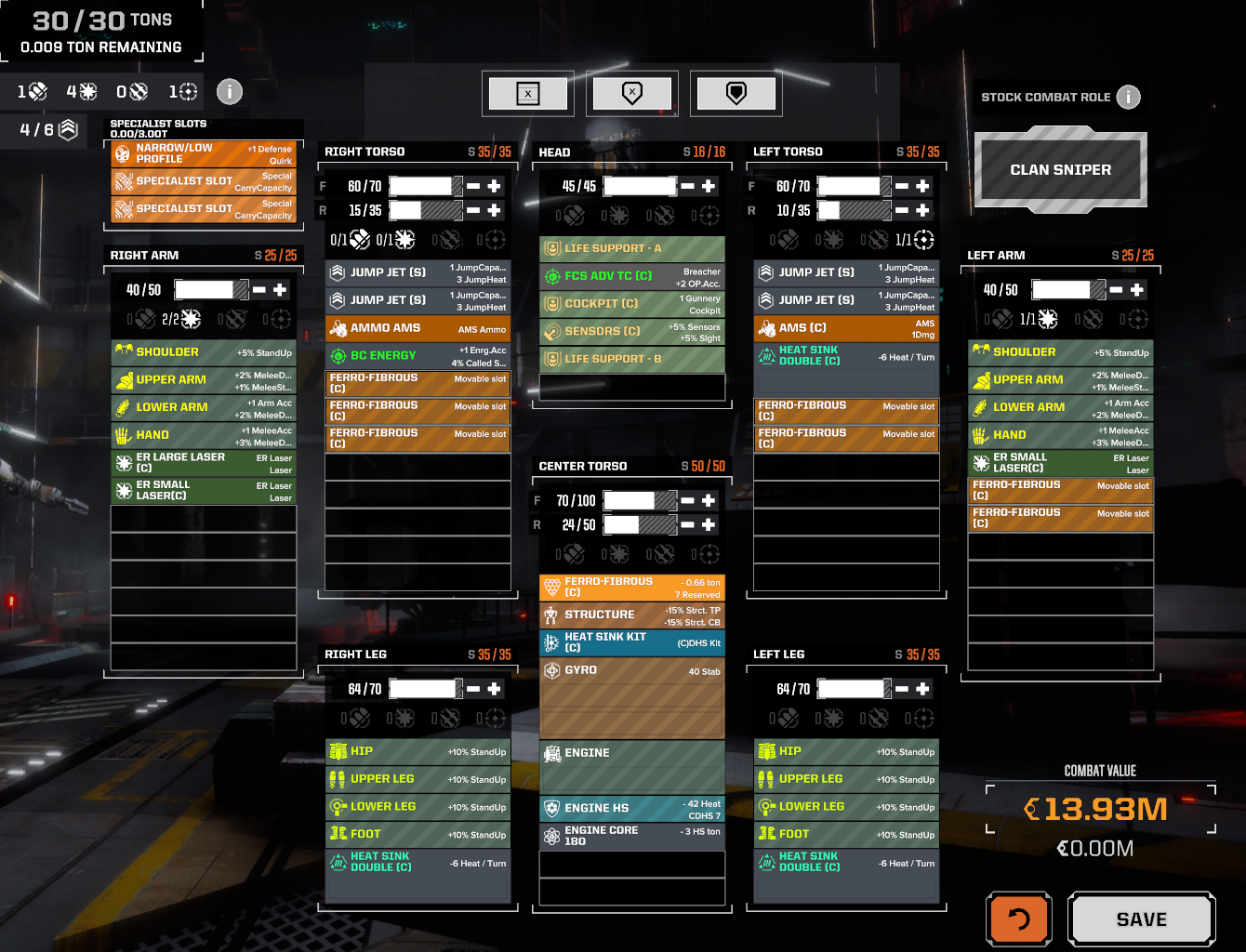