The Enfield was originally designed to replace the Wyvern as an urban combat 'Mech, but the design never made it to mass production. The plans for the Enfield were lost during the Succession Wars and were recovered by the Federated Suns on the world of Achernar in 2870. Knowledge of the design was kept hidden until the 3050s, when the NAIS selected the Enfield as a companion 'Mech to the Enforcer. The Enfield began production in 3055 and has seen heavy deployment to the Lyran Alliance because of the constant threat presented by the Clans. The 'Mech carries eleven tons of StarGuard III armor with CASE to protect against ammunition explosions. The Enfield is built on a Blackstone MD2E Endo Steel chassis and uses a Magna 250 XL engine which gives the 'Mech a top speed of 86.4 km/h to save weight, allowing it to carry a heavy arsenal. Due its extra-light engine, however, the 'Mech developed an undeserved reputation for being fragile in heavy combat. 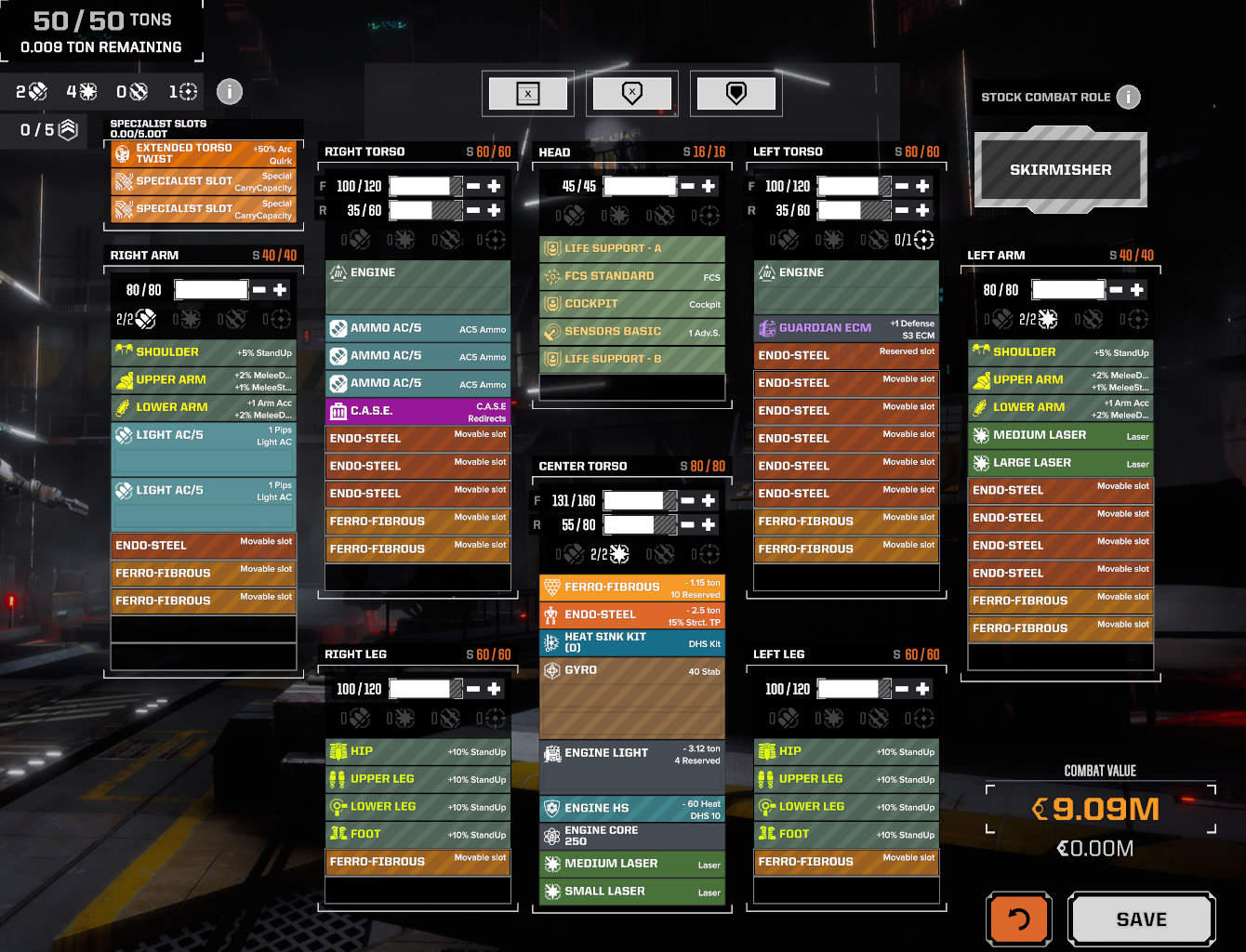