The Deimos was developed by the Snow Raven Clan and the Mech was first introduced during the middle of the 3060s, allegedly on the Kerensky Cluster world of Lum. However, Inner Sphere intelligence agencies stopped hearing rumors about the 'Mech during the Jihad and it faded from memory. In 3085, the Snow Ravens revealed the existence of the Deimos to the Inner Sphere. It is considered as the pride of the Clan making atleast one assigned to every touman. The S Configuration is specifically designed to meet the Ravens' need for a space-based 'Mech developed in 3086. The S configuration is almost identical to the C configuration with the exception of the ECM suite and the mech uses Laser Heat sinks for heat management. 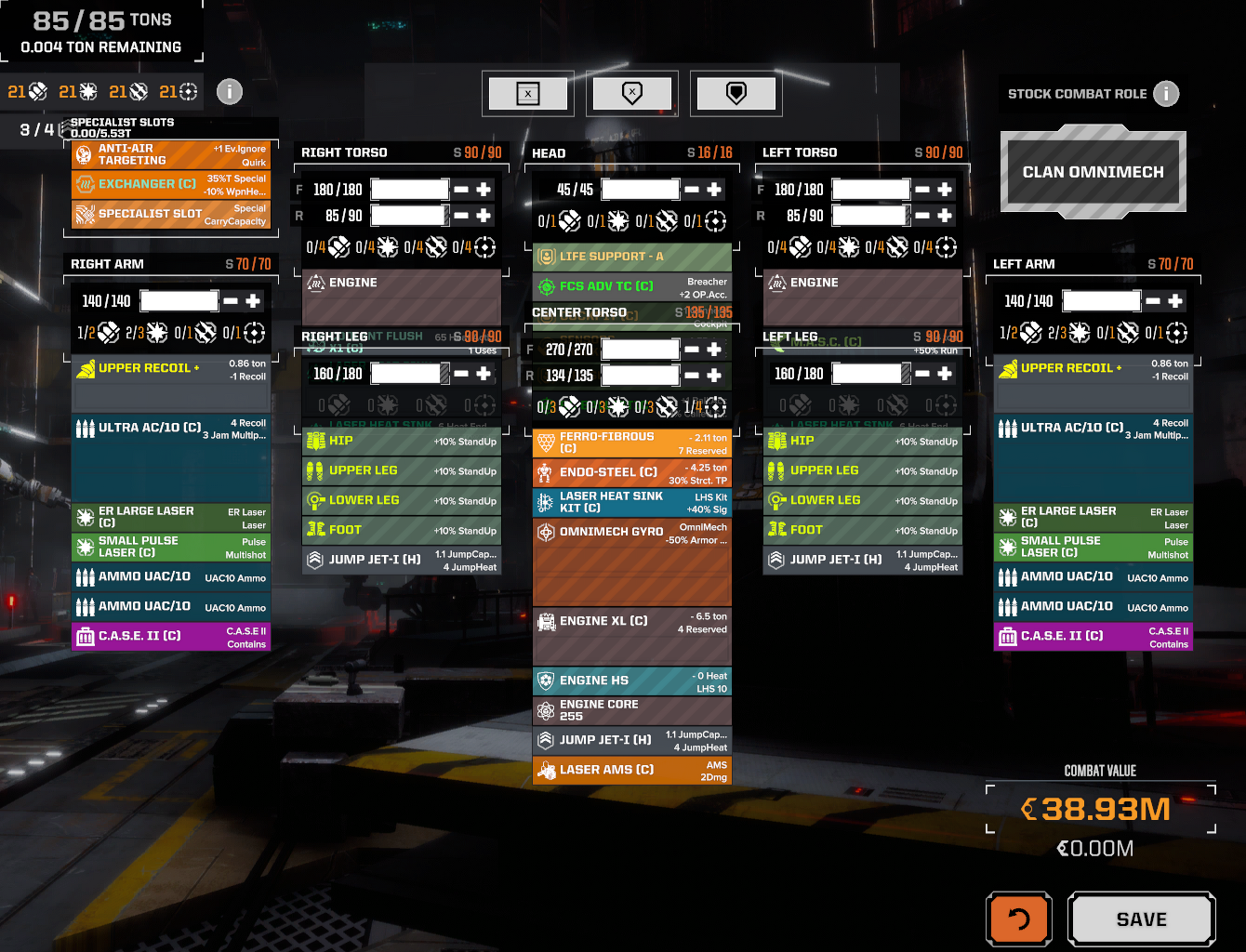