Considered to be a middleweight machine compared to the heavier Mackies and Ymirs already in circulation, the Crossbow was built to be a fast missile support unit. As was the case with the Coventry Defense Conglomerate, Arcturan Arms’ engineers initially failed to make their prototype Crossbow live up to expectations, but as the techniques for producing BattleMechs grew more refined, the Crossbow received an upgrade worthy of its original concept. 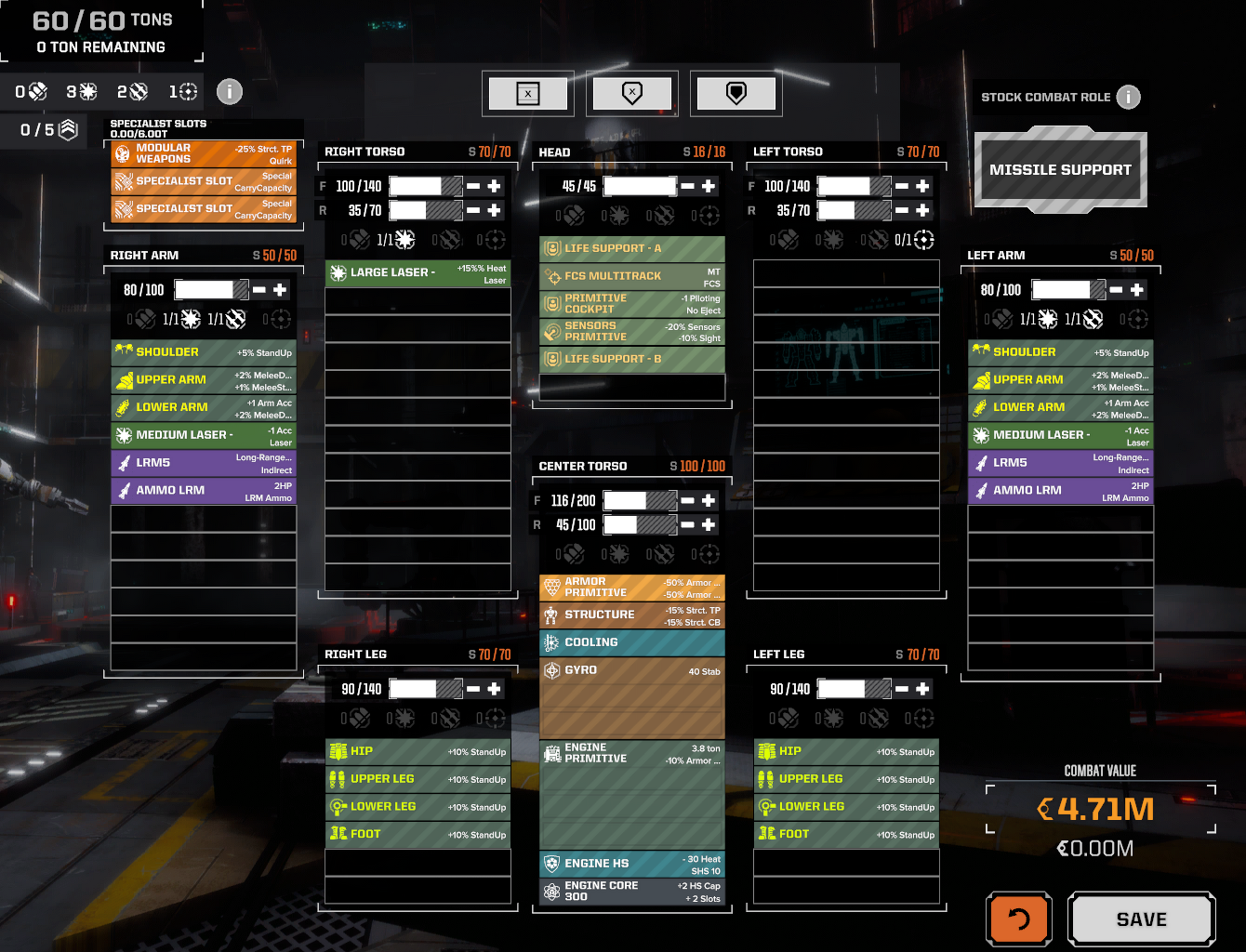