A full redesign of the Cyclops, the 11-G was built by Grumium Creations for the Second Star League Defense Force, Com Guards and Free Rasalhague Republic. Debuting in 3058 it redesigns the chassis to use Endo Steel construction and also replaces the standard armor with fifteen tons of Ferro-Fibrous armor. For long range combat it retains the Gauss Rifle and LRM-10 missile launcher minus one ton of missile reloads, while the arm-mounted medium lasers and center-torso SRM launcher were also upgraded to ER Medium Lasers and a Streak SRM-4 launcher. All ammunition for the weapons was also shifted to the right-side torso and uses CASE to protect itself from complete destruction in the event of an ammunition explosion. 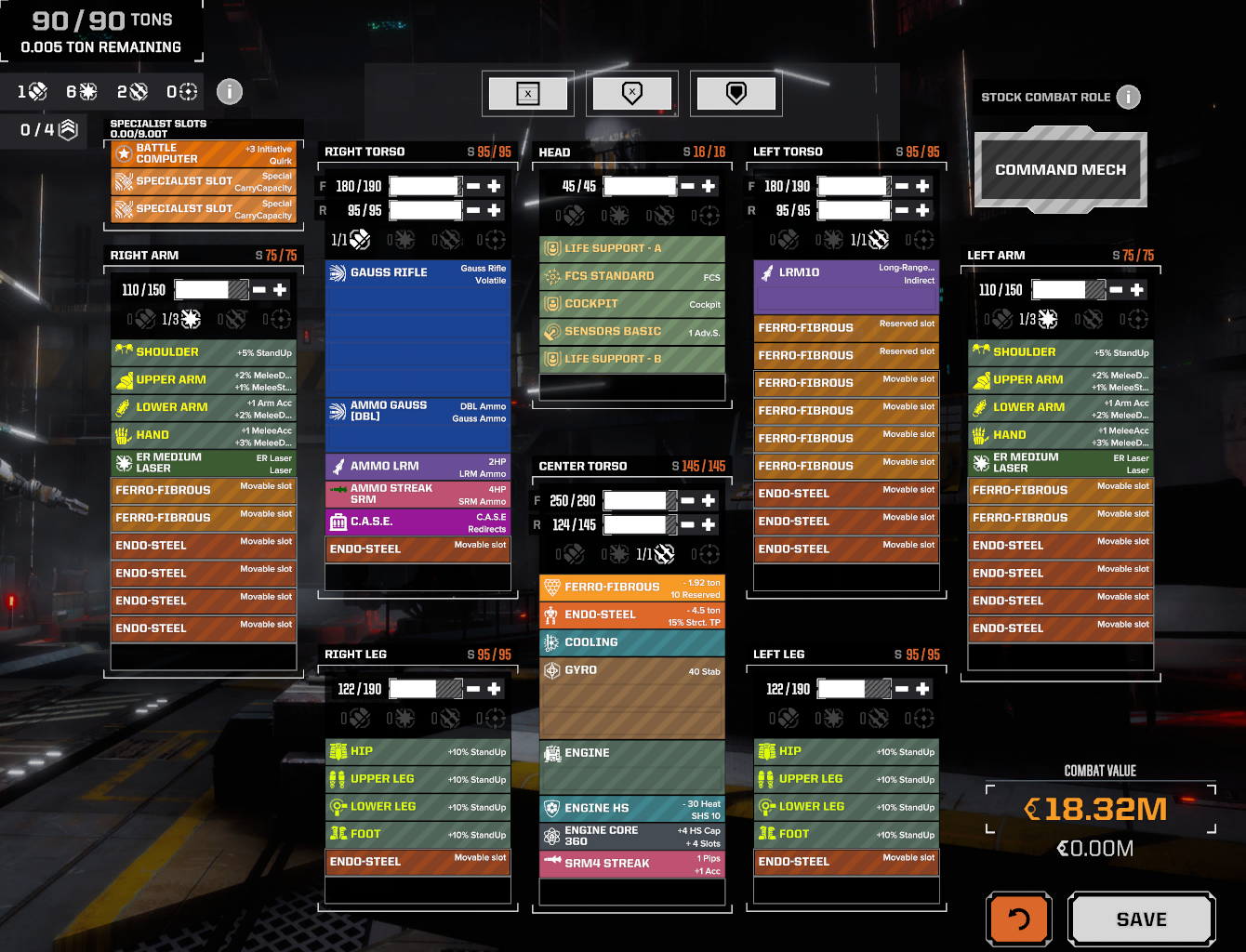