Jake Kalmar's infamous Ravager was built around a 285-rated XL Engine to save weight to carry eighteen tons of armor and fifteen double heat sinks. Offensively the Ravager is armed with a Gauss Rifle in the left arm and a Ultra AC5 in the right torso, supported by a center torso mounted Large Pulse Laser, a standard Large Laser in the left torso and right arm, rounded out by a Medium Laser in the head and each arm. Two tons each of Gauss and UAC reloads gave it good endurance. The 'Mech was salvaged by Chloe's Cavaliers after they tracked Kalmar to Sigurd in 3037 and killed him there. 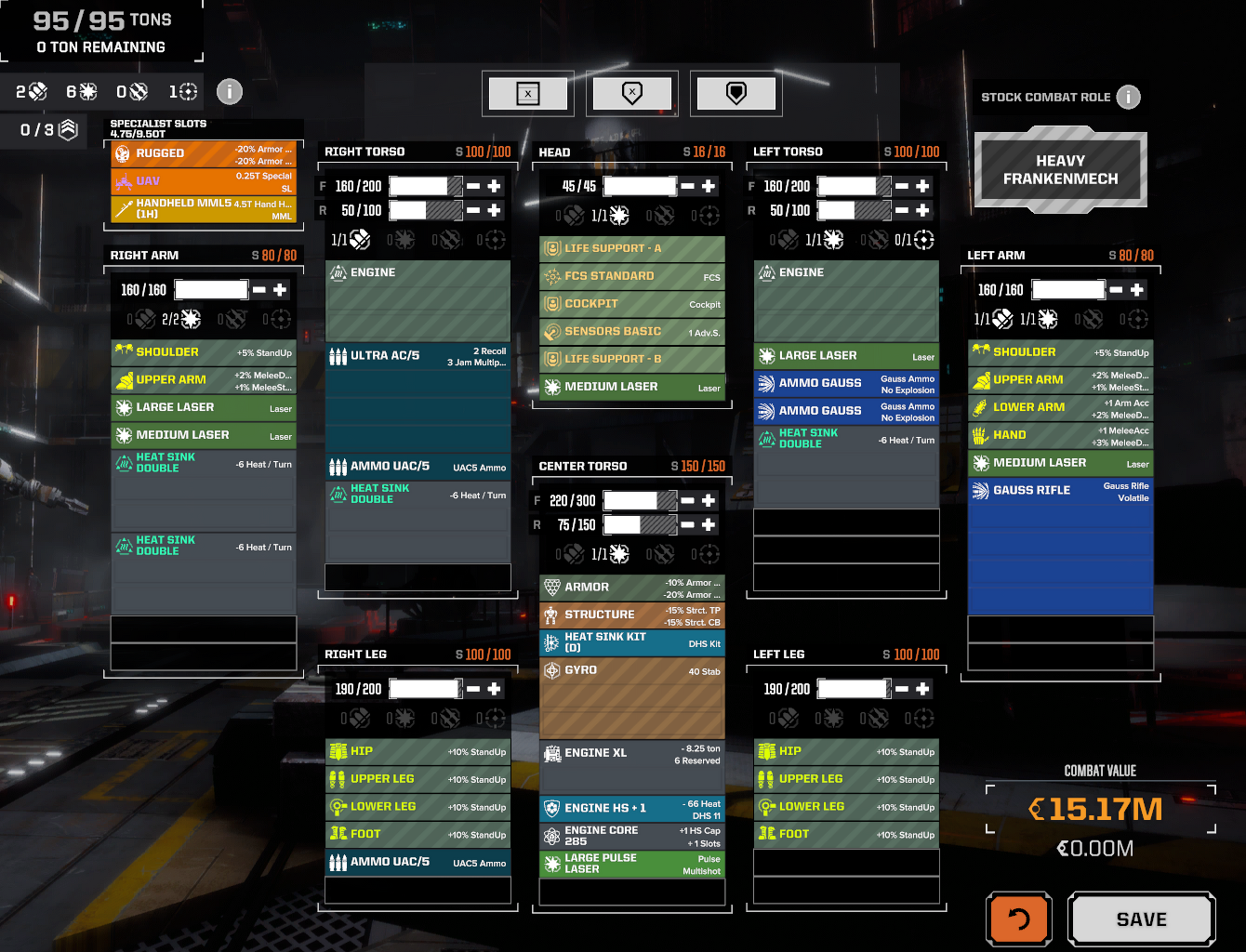