The Centurion OmniMech was born out of a desire on the part of Corean Enterprises to expand the company's market share. Manufactured primarily at the Corean Enterprises' site on New Avalon and weighing in at 50 tons, the Centurion mounted a Magna 250 XL engine, allowing it to run at 86 km/h, and mounts nine and a half tons of standard armor. With ten fixed double heat sinks, the Centurion has 24 tons of pod space available, almost half the total weight of the 'Mech, and the most common variants of the Centurion echo the various variants of the original Centurion BattleMech developed over the centuries. 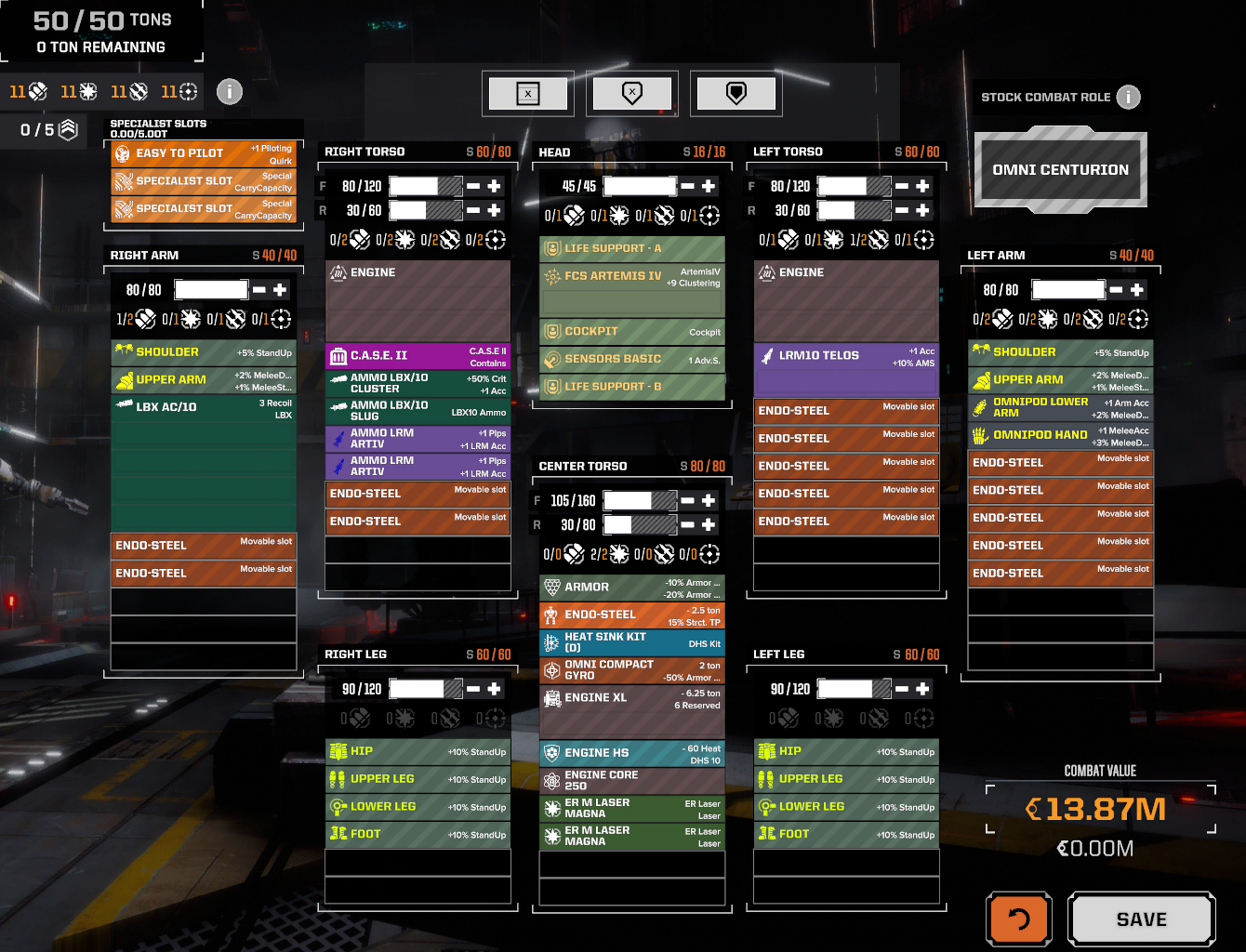