When General Aleksandr Kerensky led most of the Star League Defense Force into exile in 2784, they brought prototypes of the Clint BattleMech with them. After the annihilation of Clan Wolverine, Clan Snow Raven revisited these prototypes and was able to begin mass-production of the 'Mech in 2830 and introduced 2842. They ensured that it kept up with advances in Clan technology, eventually becoming the design that is now known as the Clint IIC. This variant developed by Clan Snow Raven's S-Teams to be used in space combat. For its usage in space, the 'Mech has been given five Improved Jump Jets and to reduce handling problems in space the weapons array consists of low-recoil energy weapons. 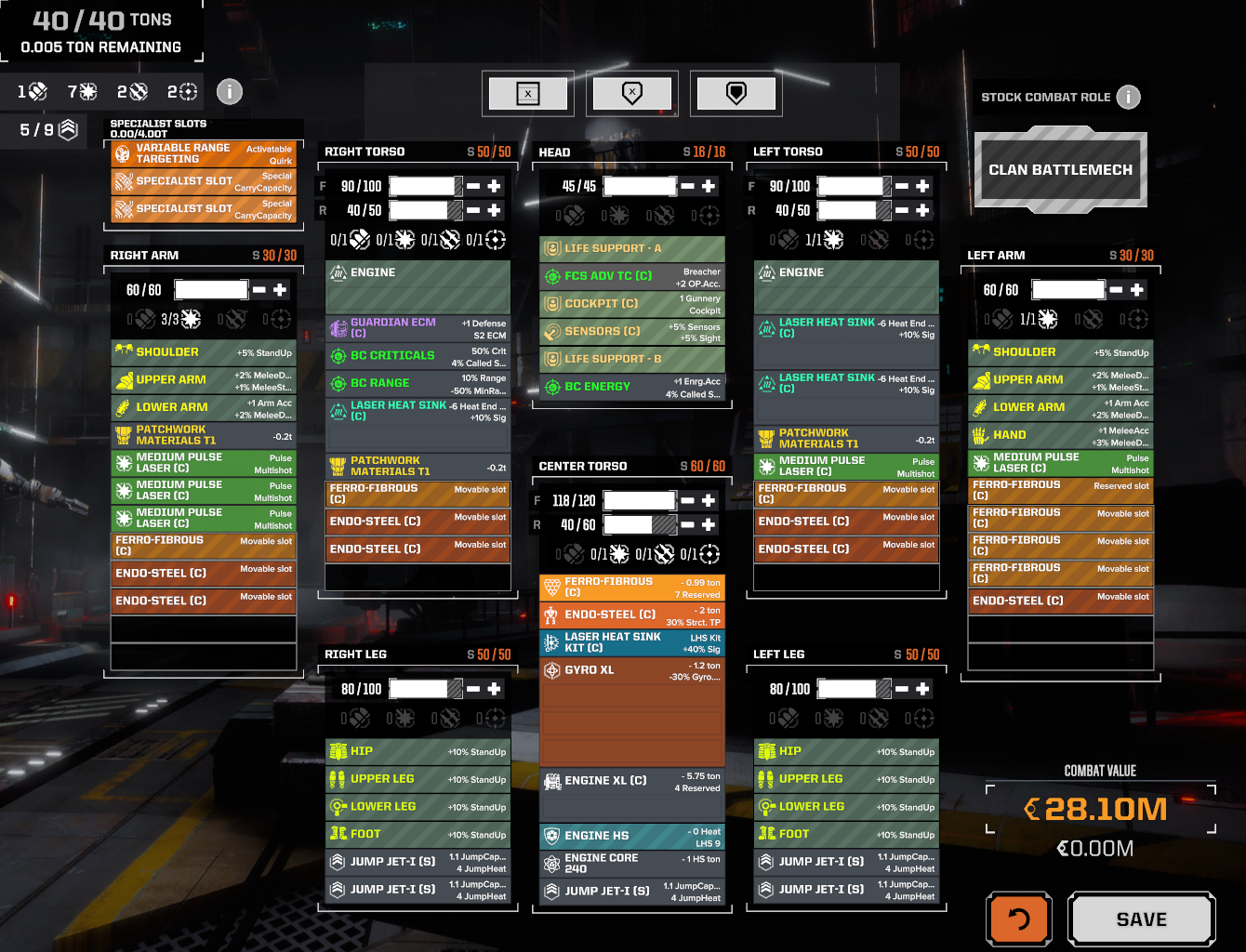