Designed for garrison work on captured Inner Sphere planets, this variant entered production shortly before Operation Revival. Intended to hunt vehicles and light mechs this variant trades the ER Mediums for an ER PPC and a pair of Small Pulse lasers, though it loses it’s TAG to make room for the PPC. Designed to work in concert with the IIC-1, the designers intended for the 1 to operate in a scouting and hunter killer role, whilst the 2 provided ranged support. Though widespread among the clans, this design and its twin are seen as unsuitable for frontline combat; leading to most being deployed amongst Provisional Garrison Clusters and Watch Operatives. 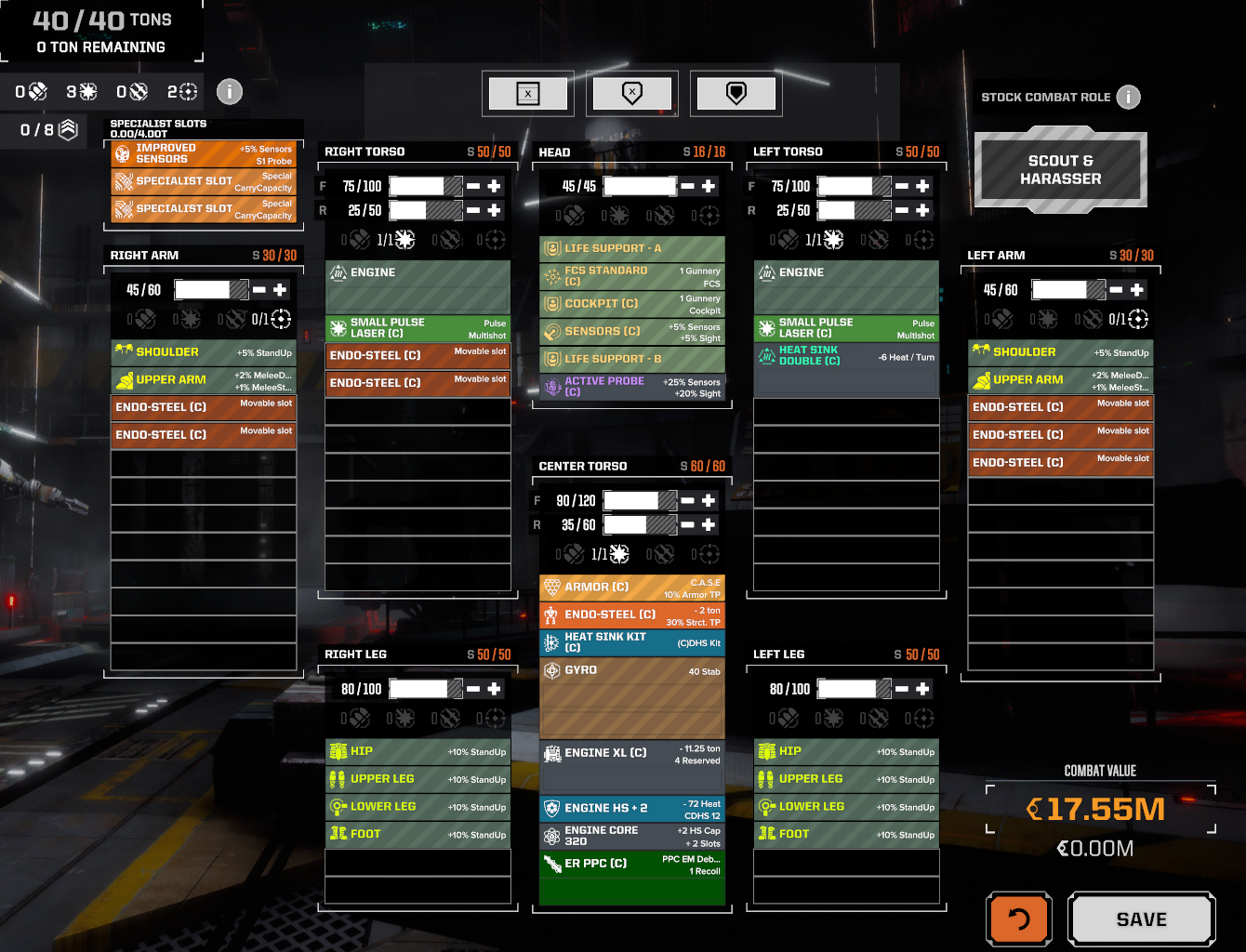