A retrofitted Cicada 2F, first used by Goliath Scorpion in the golden century, as a test bed for their new active probe system. Building on the original 2F, this variant utilizes a newly developed XL engine to provide the free weight needed for it's enlarged payload. 5 ER Medium Lasers provide solid fire power and the addition of a Hell's Horses Light TAG allows the Cicada to work with attached artillery or air assets; either as a scout or a hunter killer. The addition of double heat sinks allows for a more tolerant heat curve; otherwise the mech is unchanged in design. A cheap and effective scout in the absence of omni mechs, the design has spread throughout the clans as a second line and training mech. 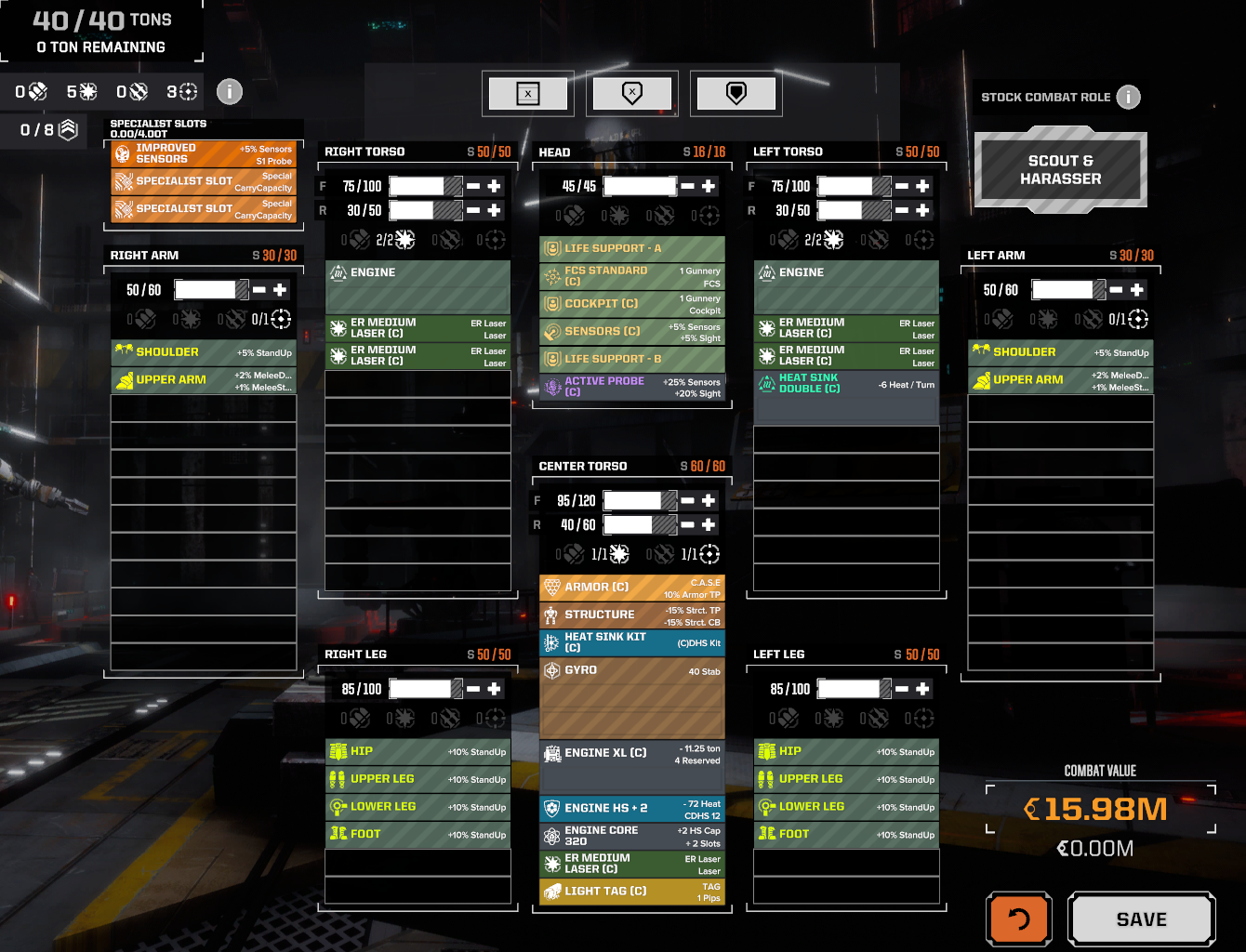