A typical Periphery raider, the Cicada 2P is fast and hard hitting but lacks endurance and cannot survive long once it has delivered it's payload. 4 RL-20's make up the bulk of the mechs firepower, capable of threatening even an Assault mech if used correctly. The secondary weapons are a pair of medium chem lasers with a ton of ammo between them. Achieving almost identical speeds to its Inner Sphere counterparts, the 2P is designed as a heavy scout and head hunter with a nasty alpha strike capable of shredding most opponents regardless of the target. Designed to be easy to maintain and even easier to replace, the 2P is built with parts that can be salvaged from most battlefields or brought in any number of back street bazaars or disreputable arms markets. Indeed, most new 2P’s are often repurposed wrecks hauled off the battlefield and rebuilt as quickly as possible. 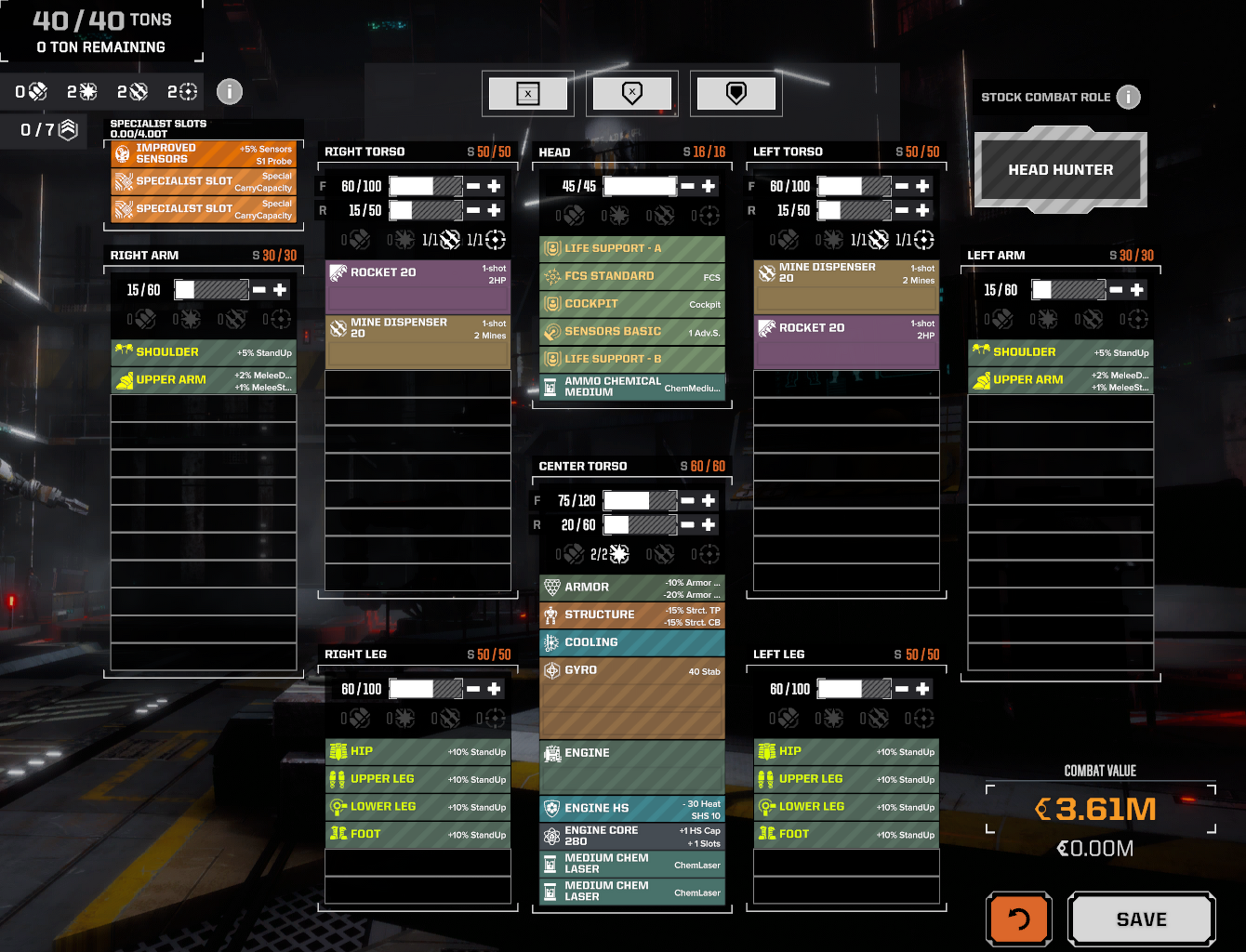