Another of the Word of Blake's Celestial series OmniMechs, the Deva (named for celestial beings from the Hindu belief system) also makes extensive use of new technologies. It is built with a light fusion engine, a heavy-duty gyro that can take half again as much punishment as its standard counterpart, and the small cockpit common to all of the Celestials. The centerpiece of the Deva E is an experimental Thunderbolt 15. Similar to the Invictus variant, the Eminus mounts four Light PPCs and only carries eight rounds for its largest gun. In place of the primary configuration's Retractable Blade, the Deva E carries a pair of ER Medium Lasers, though one arm is left free of weapons. 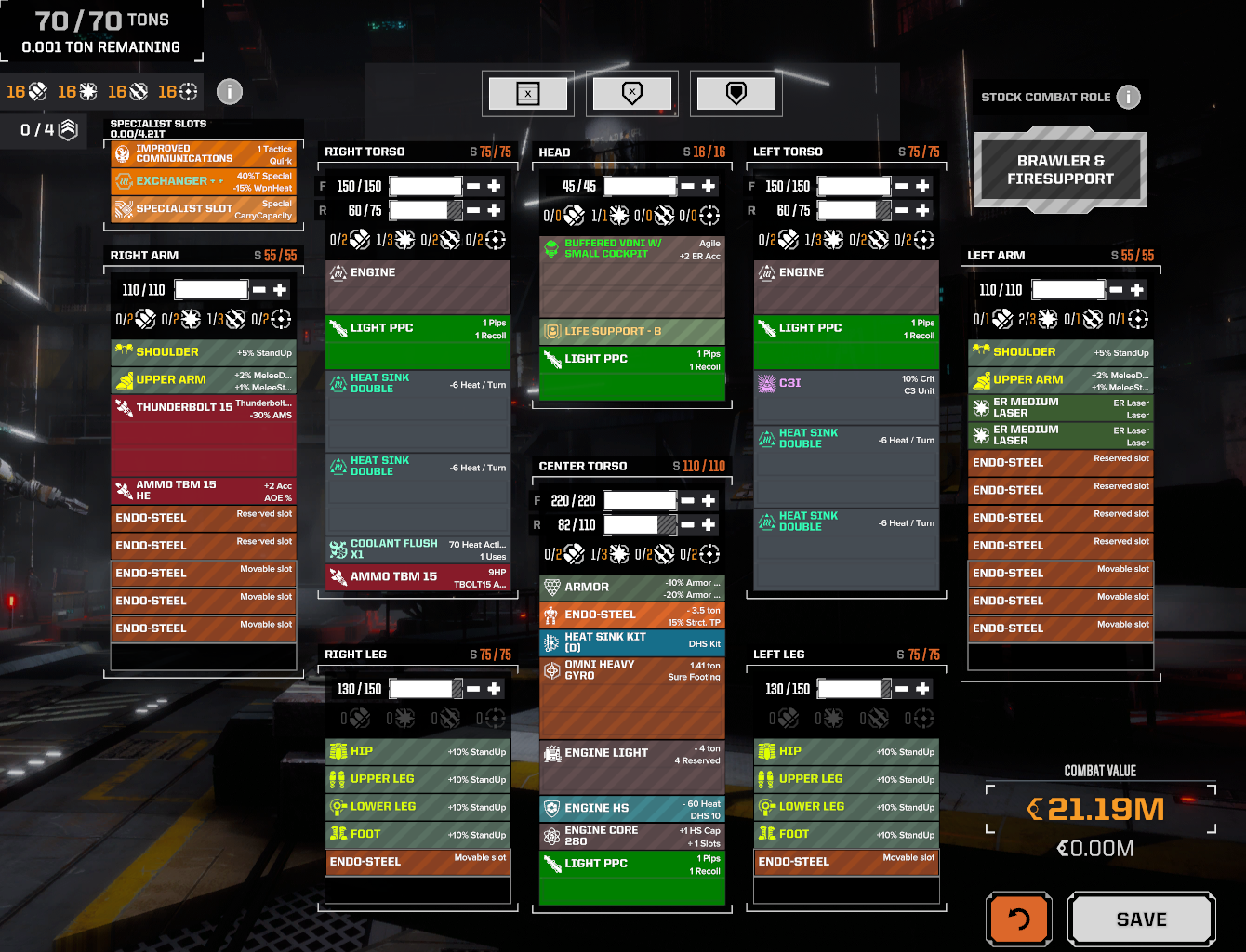