The Cossack is named after the mercenary unit Khorsakov's Cossacks in honor of their faithful service to the St Ives Compact. The Cossack is a practice in compromise. Originally requested as the fastest 'Mech that Ceres Metals Industries could produce, the emphasis of the design changed throughout its development to a slow moving, heavily armored light 'Mech. The final design that was accepted became the current incarnation of the Cossack. The Cossack is built on a Taijian Series X Endo Steel chassis to save weight. More weight was cut from the design by using a lightweight Hermes 120 XL engine that gives the 'Mech a top speed of 97.2 km/h. Six Pitban LFT-65 jump jets allow the Cossack to jump up to hundred and eighty meters, allowing the 'Mech to easily handle most rough terrain. For protection, the Cossack has three tons of armor and has ten heat sinks to handle the heat produced by the weapons payload carried by the 'Mech. Overall, the compromise that created the Cossack has turned it into a light trooper 'Mech that works well as part of a team but alone excels at no one role. 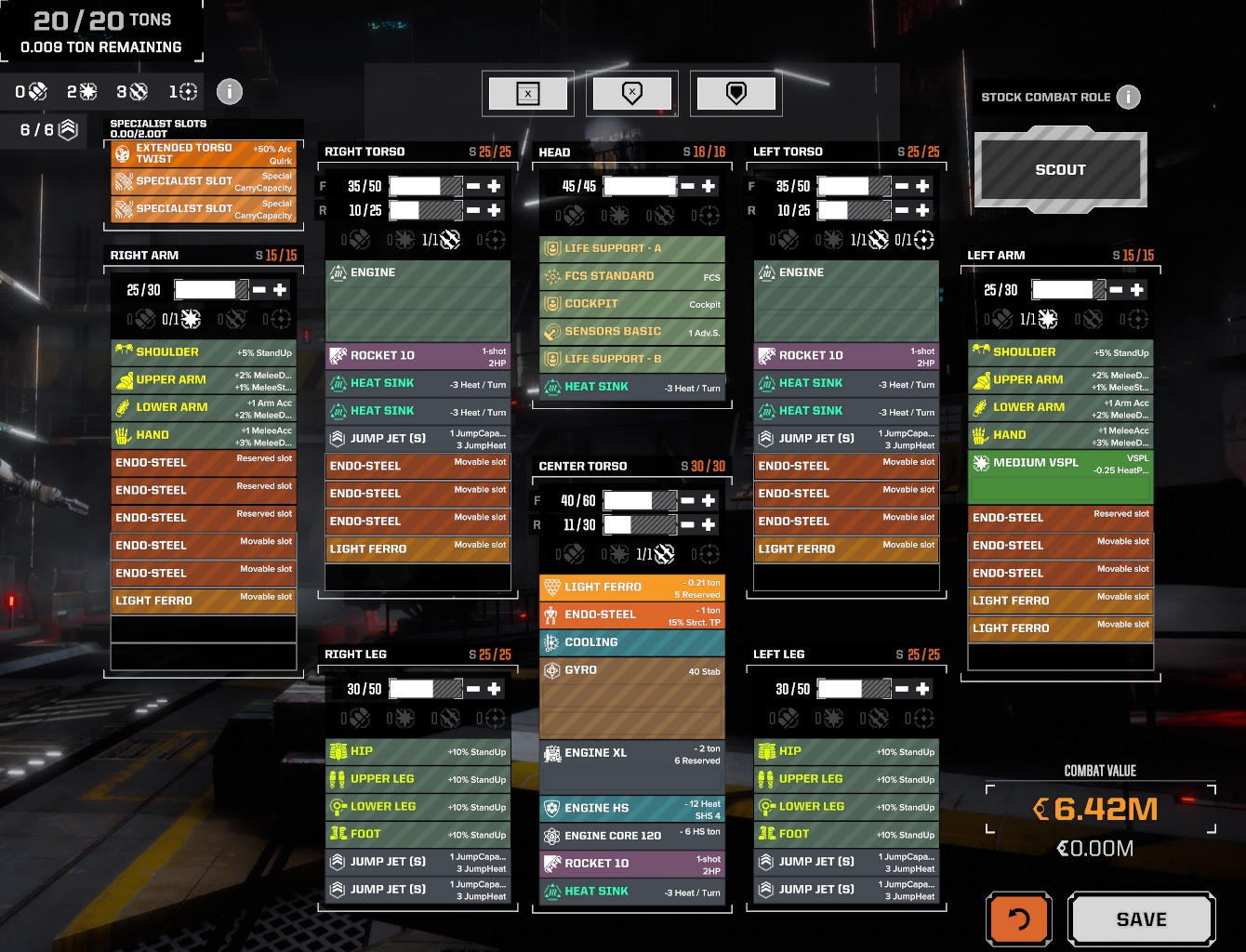