The Battle Hawk was originally designed and built at a time when Defiance Industries felt threatened by the large amount of equipment being produced by, and imported from, the Free Worlds League. It was built to prove that Defiance Industries was still an industry leader in BattleMechs. This came from a 'Mech that, while slow for its weight class, is a force to be reckoned with on the modern battlefield. The Battle Hawk has a top speed of 86.4 kph, which puts it on par with 'Mechs fifteen to twenty tons heavier than itself, but it also carries a powerful arsenal for its size. Its five and a half tons of armor give it good protection for a light 'Mech. Additionally, to make the Battle Hawk more maneuverable on the battlefield, it can jump up to one hundred and fifty meters. 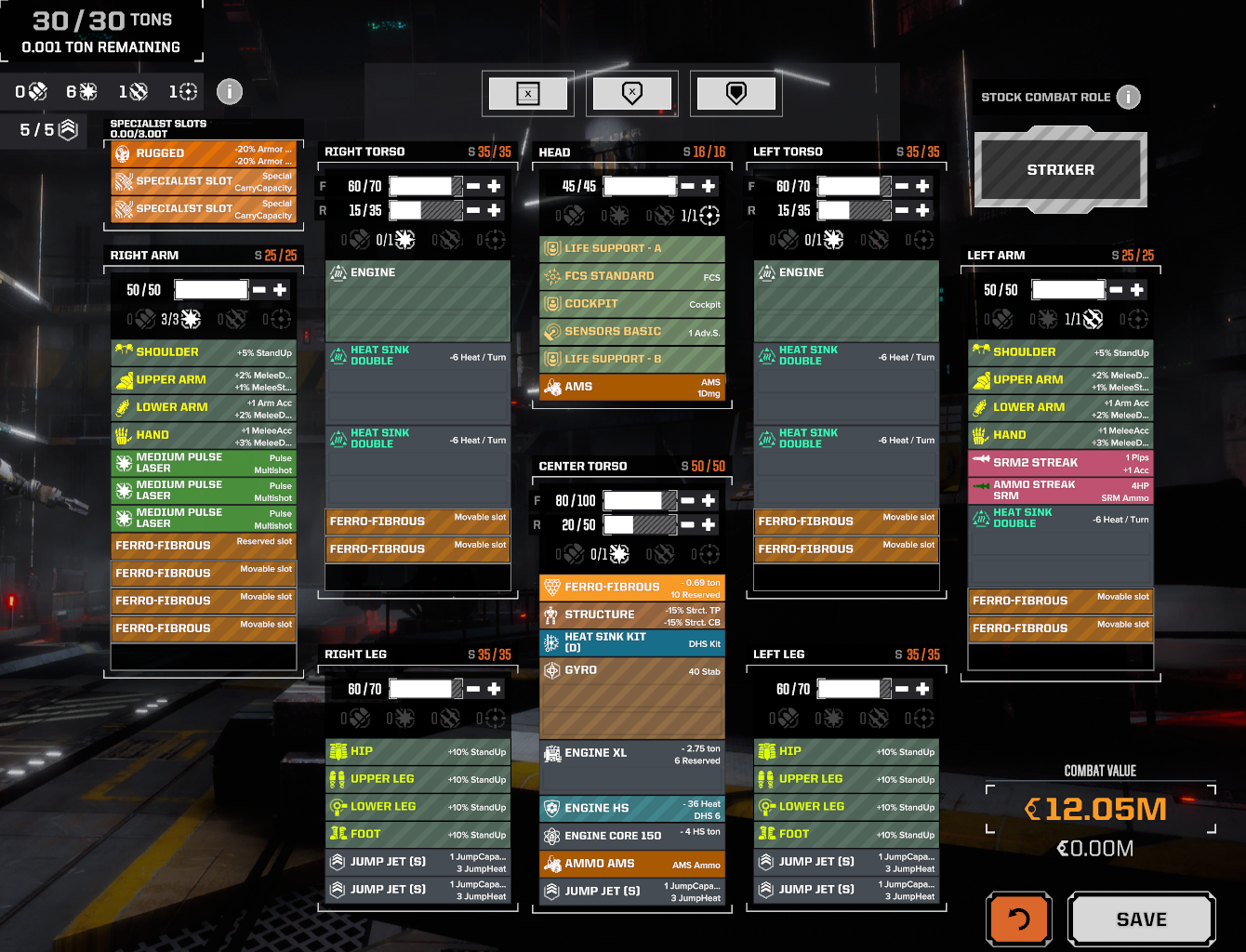