The 5W was an upgrade of the 2W variant, and was produced for the Wolf's Dragoons by Bowie Industries at Alarion. This was done in an orbital 'Mech repair facility which was converted into a 'Mech assembly line. Introduced in 3050, the 'Mech was upgraded with an XL Engine to save weight and used ten double heat sinks for greater heat dissipation. It retained the two LRM-20 launchers but replaced all other weaponry with one TharHes Blue SRM-4 launchers in each arm and a Doering Electronics Glowworm Narc Missile Beacon launcher in the center torso. The 5W was supplied with four tons of LRM reloads, two tons of SRM reloads, and two tons of Narc reloads, all carried in the CASE-protected side torsos. 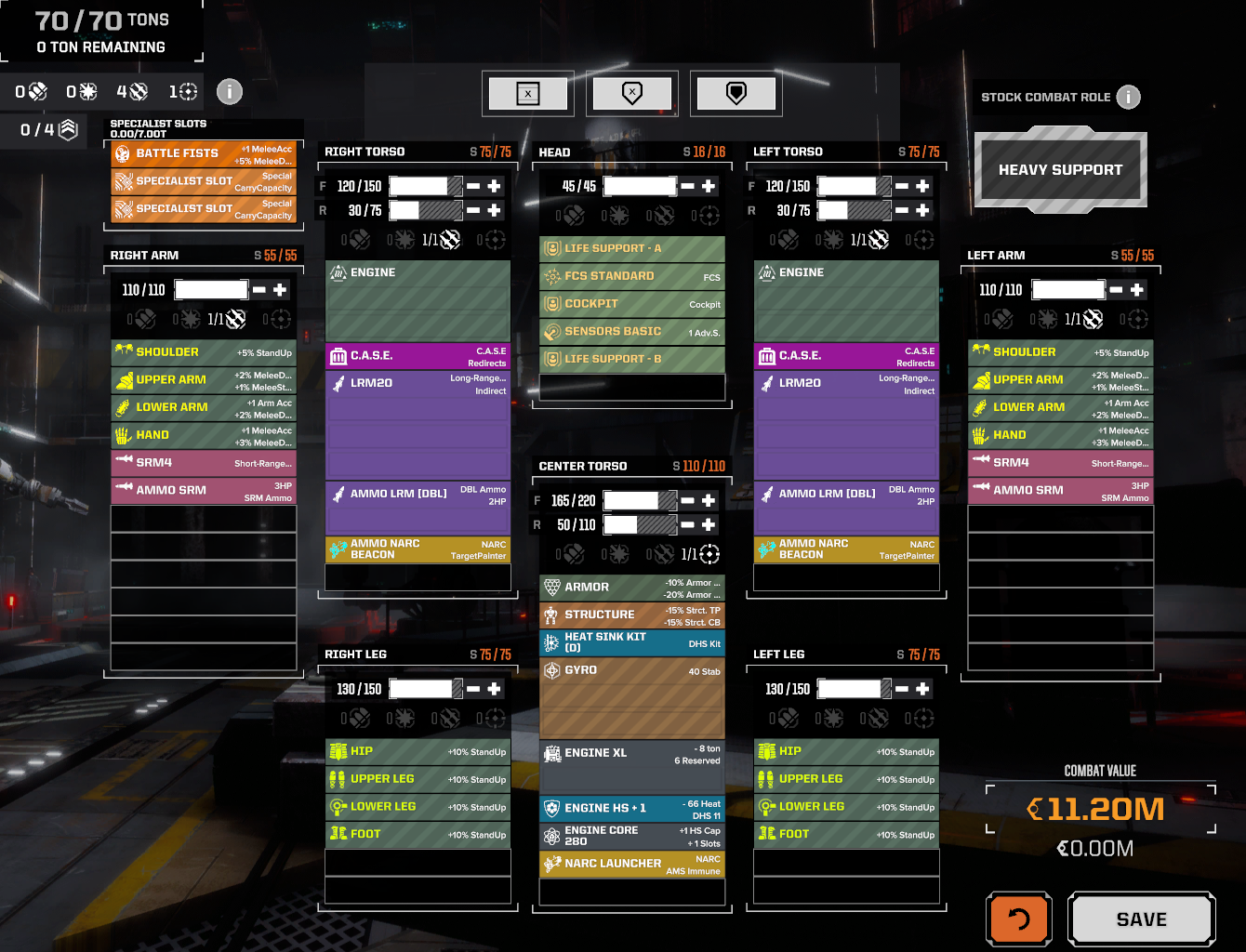